Help Orochimaru in meeting his goals

Arrogant Ninja
Zaka Abumi (in Japanese: ザク・アブミ, Zaku Abumi) is a minor antagonist in the manga and anime series Naruto. He was one of the assassins sent by Orochimaru to kill Sasuke Uchiha, though it was actually to test his abilities.

He was voiced by Keiji Okuda in the Japanese version of the anime, and by Sam Riegel in the English dubbed version.

Zaku was arrogant during his appearances and thought of himself as a strong fighter. Unlike his teammate, Dosu Kinuta, Zaku was easy to provoke in battle. He often times did not listen to his opponents when fighting them such as in battle against Shino Aburame and is quick to attack him. Despite his arrogance, Zaku like his teammates was loyal to Orochimaru with Zaku unaware of the fact that Orochimaru regarded Zaku and his teammates as pawns that could be disposed of once they were no longer useful to him.

He had the ability to shoot highly pressurized air out of holes in each of his hands. With this ability, he could unleash pressurized air that can knock out or kill his targets and cause significant changes to the environment that he is fighting in. However, Zaku relies mostly on his ability to use pressurized air which makes him susceptible to an attack from someone who can move around swiftly like Sasuke Uchiha.

After a failed assassination attempt on Sasuke during a test, he lost during a preliminary battle in which both of his arms were severely wounded. Despite the severe damage, he was able to get his arms repaired and was able to pass the second portion of the Chuunin Exam.

During the third part of the Chunin Exam Arc, he fought against Shino Aburame. In their battle, Shino used his insects to cover up the holes that Zaku used in his arms to release air pressure. As a result, the air pressure within Zaku's arm caused him to lose both his arms and lose the battle altogether.

Before the invasion of the Leaf Village by both the Sand and Sound villages, he and Kin were used as sacrifices by Orochimaru to summon the souls of the first and second hokage, Hashirama Senju and Tobirama Senju. 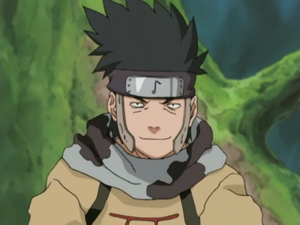 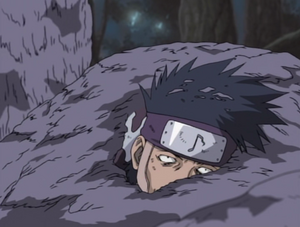