Zem and Zam are aliens from Gasmoxia, and allies of the infamous racer Nitros Oxide. They race in honor of Emperor Velo XXVII in Team Oxide, in Crash Nitro Kart. They are considered the most cheating and amoral racing team and try to help Velo to make sure that neither Team Bandicoot or Team Cortex win the challenge, so that Velo might end up deciding to destroy Earth or keep the Terrestrials as entertainment slaves, or even both. They also compete against Team Trance, who also races for Velo for revenge.

Zam was voiced by Billy West in Crash Nitro Kart, who was known for his voice roles in Futurama, and Andrew Morgado in Crash Team Racing: Nitro-Fueled. Zem was voiced by Andre Sogliuzzo.

Not much can be told about Zem's personality, but it is known that he does have a strong sense of humor (though not the nicest one), and with his constant burping in the races, it is obvious that he was made to be disgusting. He probably likes to eat a lot, since his lines usually have to do with eating. His victory stance is him skipping while swinging his arms. He is perhaps a troll or goblin-like creature, as seen from his bald and grotesque-like looks.

Zam acts similar to a dog. When he wins a cup, his victory stance involves him sitting, looking around and barking like a dog. He seems to be a cross between a frog and a lizard. During races, he growls like a dog and barks. It is never explained if he is an actual Gasmoxian inhabitant species, or a Gasmoxian animal and a pet of Oxide or Zem. 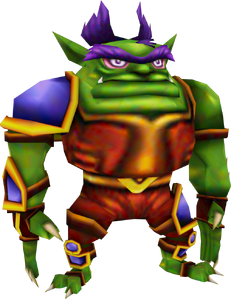 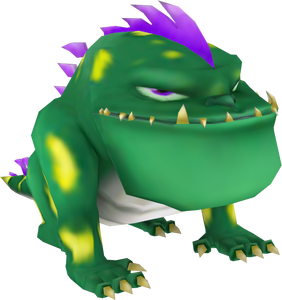 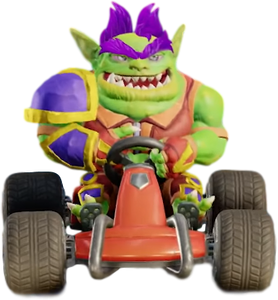 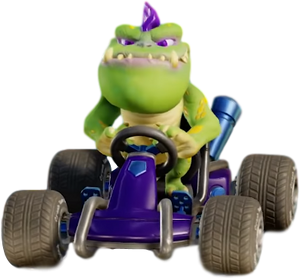 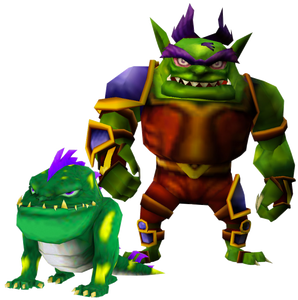 Retrieved from "https://villains.fandom.com/wiki/Zam_and_Zem?oldid=3251740"
Community content is available under CC-BY-SA unless otherwise noted.