Receiving respect from her families

Zareen, commonly refered to as Zari or Bhabi (Sister-in-law), is the main antagonist of the drama serial Hasad that aired on ARY Digital.

After many episodes of trying to slander Naintara, she was more destined then she found Bilal, Naintara's old coleuge and wanted him to meet Naintara with Farhan (Naintara and Zari's husband) knowing. Armaan was Naintara's original husband but after he died Naintara married Farhan, later.

Naintara (Minal Khan) is happily married to Armaan (Shahroz Sabzwari). Both live happily and love each other immensely. However, their love for each other seems to face extreme jealousy and evil eye from Zareen (Arij Fatyma) who despises the idea of another couple's happiness, as she and Farhan; Zareen's husband and Armaan's older brother (Noor Hassan) are unhappily married because Farhan gives his work more attention than her. One day, on the account of their anniversary, robbers attack their house. Armaan dies in the encounter with the robbers and from thereon, begins Naintara's suffering. Zareen tries everything in her power to make her life miserable, especially when she learns that Naintara is pregnant with Armaan's child. She tries her best in several ways to trap Naintara but Farhan soon realizes everything Zareen has been doing to Naintara. Naintara is found to be pregnant with a boy, and several months later, her boy - Arsalan is born. Farhan's mother advises him to marry Naintara to save her from the backbiting and gossip in their neighborhood. Naintara and Farhan get married, sparking Zareen's anger and jealousy even more.

She is considered as ungrateful and known for her unique methods and concepts of eavesdropping, spying, and slandering Naintara. Her personality is very mischievous while she wants to gain access to her respect for everyone in her family. She is very physical when it comes to Naintara gaining access for her house respect but her own respect she seems is very low in the house as a sign of JEALOUSY and starts commanding wrong and very tragic incidents in her house after burning the money Sadiqa (Her mother-in-law/aunt) had given Naintara after receiving her Naintara's first baby, so Naintara doesn't catch the evil-jealous eye (nazr-e-bad) but through Naintara's journey she had a rough and both smooth time. At the end, she was identified as "paranoid" and it was unknown what had happened to her. She has a very similar attitude as the evil side of Evie from the Descendants franchise precicely of the fashionable side. 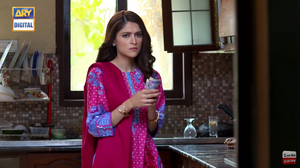 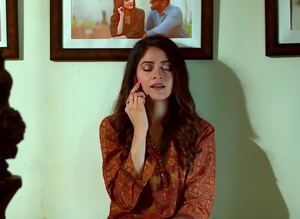 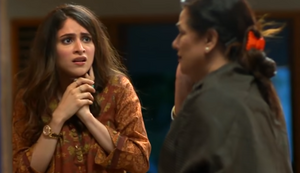 Zareen and her mother Nusrat. 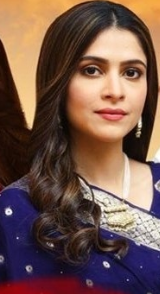 Retrieved from "https://villains.fandom.com/wiki/Zareen?oldid=3550879"
Community content is available under CC-BY-SA unless otherwise noted.