The Spirit of War and Destruction

Spirit of the Earth (formerly)

Trying to corrupt the environment.

Zarm is the main antagonist of Captain Planet and the Planeteers. As the archenemy of Gaia, Zarm comes into conflict numerous times with the Planeteers.

He was voiced by Sting in the 1st and 2nd Seasons, David Warner in the 3rd Season, and Malcolm McDowell in the 4th and 5th seasons.

Zarm is the antithesis of Gaia being the spirit of war and destruction. He was originally a spirit of the Earth alongside his foe, but for unknown reasons, Zarm left the Earth in search of other planets after being exiled by Gaia. At an uncertain time, Zarm came into contact with an extraterrestrial world, and he presented them with technological advances. However, the inhabitants of the planet eventually wiped itself out through nuclear warfare, and Zarm continued his immortal existence trying to destroy everything that Gaia cherished.

Zarm makes his first appearance in the episode "The Conqueror" in which he pretended to be a benevolent alien who gives the Planeteers gauntlets that amplify their powers. Not trusting the stranger, Ma Ti goes to consult Gaia about him. In the mean time, the gauntlets began to corrupt the Planeteers, and Zarm suggests to them that they destroy a military base in order to prove who was more powerful. Unbeknownst to them, once they did, it would incite a nuclear war. Ma Ti arrives with Gaia, and they free the others of the gauntlets' corruption. Zarm attempts to destroy the military base anyway only to be stopped.

His next major appearance was "Summit to Save Earth", Zarm coerces the Eco-Villains to his side, and they infiltrate a summit. They proceed to kidnap members of the summit and take their place.

With her guard down, Zarm transforms Gaia into an elderly mortal woman, and traps her and the Planeteers in his ship for 10 years. The Eco-Villains rule over the world during the decade, making the planet a cesspool. With Gaia being near death and that the Earth would die when she does, Zarm decides to torment her more by allowing the Planeteers a futile chance to defeat him. However, his plan goes awry, and Captain Planet manages to stop him and sends him back into space with a trash-filled ship.

Zarm returns in "Scorched Earth" in which he takes possession of a dictator of Pacifica, and tries to goad him into enacting "Scorched Earth" a strategy in which the dictator's homeland is burnt to a crisp. Even after being defeated, Zarm still tries to cause trouble by possessing another potential dictator. Zarm also brags that he was the mastermind behind several different rulers in recorded history.

Having been defeated yet again by Captain Planet and the Planeteers, Zarm's next course of action is to go to an alternate timeline where the Eco-Villains' descendants rule over a polluted Earth. He informs them that due to some unforeseen circumstances, their timeline was erased from existence, and gives them the chance to avert this by going back in time and eliminating whatever caused the end of that timeline. The future Eco-Villains proceed to destroy several businesses as well as a dam, which threatens to flood an entire city. A young girl is almost swept away by the water, but Ma Ti saved her. Realizing that this girl was the reason as to why the future timeline disappeared, Zarm demands the future Eco-Villains to eliminate her. Unfortunately for them, Ma Ti takes the shot for the girl, and the future Eco-Villains disappear along with their timeline. Zarm is last seen scoffing at the idea of love being a powerful weapon before retreating.

In his last canonical appearance, Zarm makes a bet with Gi when two children were about to be ran over by a truck. If it was true that people aren't born bad but become so because of experience, both children would be saved. However, if Zarm would be proven correct, Gi would work for him. Gi begrudgingly takes his offer, and both children are taken into a virtual world where they could manifest anything that was in their minds. However, Zarm begins to sabotage the game by making the two children nearly kill each other when they see that their parents were fighting each other. However, the day gets saved by the Planeteers, and the parents of both kids apologize to each other.

Zarm is a nature spirit much like Gaia, but they both have conflicting ideologies when it comes to the environment. Zarm represents natural selection by believing that only the strong would survive while the weak is destroyed. This is exemplified by his motto "might makes right". As such, Zarm scoffs at the idea of love being one of the strongest powers. Despite this, Zarm is aware of the concept, and exploits it several times due to his immense hatred of Gaia and everything she had sworn to protect. There are also a few instances where Zarm pretends to be a benevolent being such as his debut episode or when he took on the disguise of the Dream Maker.

Zarm harnesses a few powers. One of his main powers is the creation of technology. While it remains unknown as to how he is able to do this, we see that Zarm had a machine that could convert natural resources into technology. It could also be that he most likely had that machine around during the time that he introduced a benevolent race of aliens to technological advances, but it is uncertain where he initially got it.

Zarm could also manipulate the hearts of humans by making them more violent and hostile towards each other. Additionally, he can possess the body of his victim, having done this to dictators over the years. Because of this, he is impervious to the effects of Ma Ti's heart power. Zarm can also appear as others and mimic their voices much like in the two-parter "Summit to Earth" where he transformed into Looten Plunder, Gaia, and the Earth Summit President. Zarm can even travel to alternate timelines as evidence by "Future Shock".

However with his powers come a few weaknesses. While he can traverse through time, once a timeline had been destroyed, Zarm is unable to revert the changes. However, what makes Zarm suffer defeat after defeat is his arrogance. In "Summit to Save Earth", Zarm releases the Planeteers from their entrapment in his ship as a means of hoping to make Gaia suffer more. Instead, the Planeteers and Captain Planet are able to best him and send him back into space. In his debut appearance, he was convinced that the corrupted Planeteers would turn against Gaia only to be astonished that they were able to deflect from his influence. 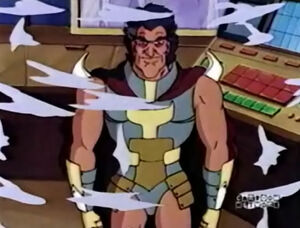 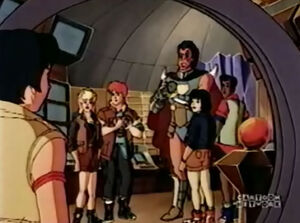 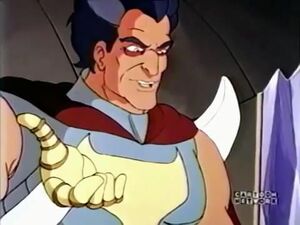 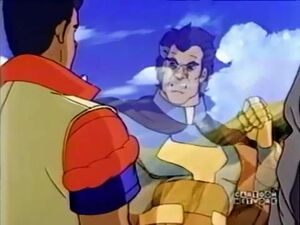 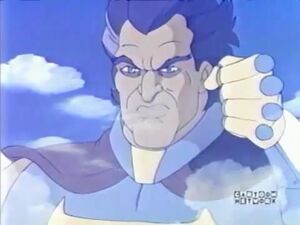 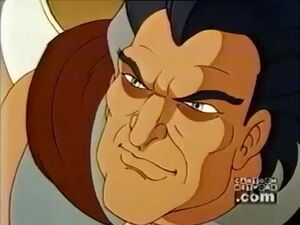 "Gaia. It's been ages since we've seen each other." 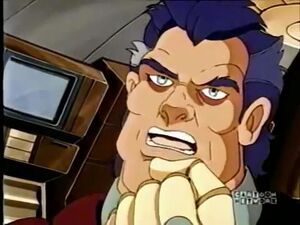 "I will show you what it means to be mortal!" 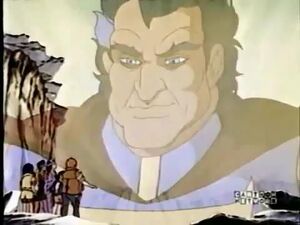 "Where are my young conquerors?" 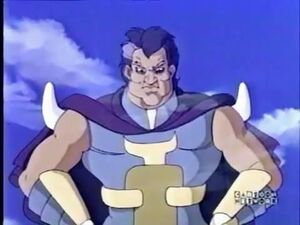 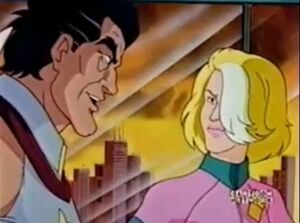