Zarudan Hou is a monkey-themed Gangler Monster and the main antagonist in episode 20 of the 2018 TV series Kaitou Sentai Lupinranger VS Keisatsu Sentai Patranger. Also he is equipped with two treasures one for each safe and their an Incense Burner called La fumée l'embrouille les yeux and a Wristwatch called La machine d’endorphin.

He is voiced by Isshin Chiba who previously voiced Zuteru-S of the Mach from 2010 TV series called Tensou Sentai Goseiger.

Zarudan Hou's Head is a white skull head with golden hair, he has red monkey mouths for eyes and lips and red yeti faces for ears, his shoulders are red and blue mandrill heads, his limbs are red and brown monkey limbs with black straps a over it, his chest has a Gangler safe with red and white monkey arms on it and a another one was on the back, his weapon the Zarudando is a red bo staff wit 2 golden flat head screws.

Zarudan Hou made his first appearance that night at the railroad with a bunch of Pordermen where he was holding the father's daughter for some ransom. However this was stopped by the arrival of Lupin X/Patren X, and he wasn't dealing any damage to Lupin X however while Zarudan was gloating about the power from the treasure that he'd got to boost his skills Lupin X walks towards Zarudan's Safe and gained access to it (For the chest its password is 7-2-1) and got La machine d’endorphin (which translate as "Endorphin Machine") Wristwatch. However since Zarudan has two safes he used the one on the back to make a cloud of smoke in order to retreat.

A while later he was at the Gangler Mansion telling his boss about the incident that he has from last night.

Then he'd appeared at Mitsutome causing some mayhem in order to lure out Lupin X which he did, but now he's fighting Noel as Patren X along with the cops and thieves. He made another cloud of smoke for aerial advantage as fired bolts of lightning towards the two teams which he'd managed to shock the cops, but not Noel nor the thieves. Once Zarudan was down to the ground he fought Lupin X, but during the skirmish Noel pinned Zarudan to a pole in order to gain access the safe on the back (for the back its password is 5-9-1) and got La fumée l'embrouille les yeux (which translate as "Smoke Gets in Your Eyes") Incense Burner after that he was taken out by Noel as Lupin X.

However thanks to Goche Ru Medou he was then enlarged and fought LupinKaiser Trains after that he was then destroyed by its finisher called Good Striker: Burn 'em Up Fire. 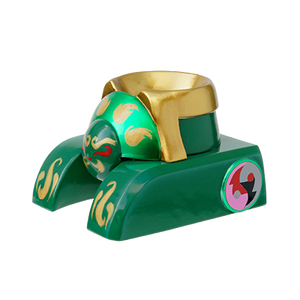 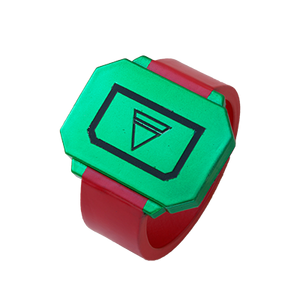