Kill the AMS agents along with the human race. (failed)

Zeal and Kuarl (also called Judgment) are major antagonists and the first bosses in the Sega arcade game The House of the Dead 2. Zeal is a small imp-like creature, and Kuarl is a giant, headless axe-wielding zombie who is controlled by Zeal as his puppet.

Zeal first appeared when he flew down from a rooftop to taunt James and Gary, two AMS agents sent to stop Goldman. When the two agents returned to the square, Zeal arrives to threaten them again, then sends Kuarl to attack James and Gary after he smacked two cars out of his way. James and Gary shoot at Zeal damaging not only him, but Kuarl as well. After Zeal's giant partner fell, Zeal attempts to attack the two agents, but Zeal was killed. However, before dying, Zeal begged Goldman for a second chance.

Later on, as James and Gary were on their way to Goldman's headquarters, Zeal was resurrected along with Kuarl, saying that Goldman gave them a second chance. However, they were both killed once again by the two agents, with James (or Gary) saying that "there's no such thing as a second chance". 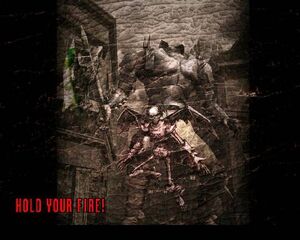 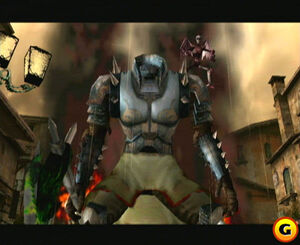 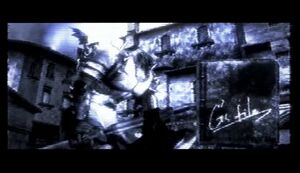 Judgment as seen in The House of the Dead III's opening sequence. 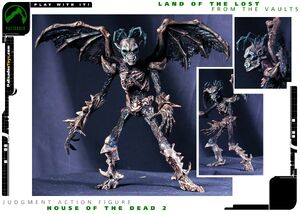 A prototype action figure of Zeal. 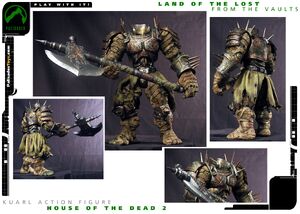 A prototype action figure of Kural.
Add a photo to this gallery 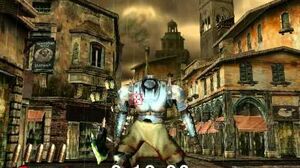 The House of the Dead 2 Judgement Boss fight 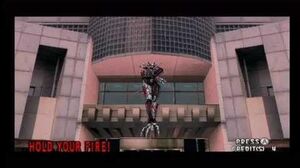 Retrieved from "https://villains.fandom.com/wiki/Zeal_%26_Kuarl?oldid=3892856"
Community content is available under CC-BY-SA unless otherwise noted.