Many years ago at Kamar-Taj

Mobile (as they move from place to place)

Merge the Earth together with the Dark Dimension and have the planet ruled by Dormammu (failed).

Kill Doctor Strange (failed).
Win immortality for their devotion to Dormammu (ultimately succeeded, but then backfired).

Abuse of the mystic arts

The Zealots are the main antagonistic faction of the 2016 Marvel film Doctor Strange.

They are a separatist cult lead by Kaecilius and this group is comprised of skilled warrior magicians who became disillusioned with the Ancient One and betrayed her in favor of a more darker path. After betraying their former master and seek to merge Earth with the Dark Dimension, the realm of the dark lord Dormammu, in hopes of destroying both time and death itself to acquire immortality. This group consists of about 10 members.

The Zealots are former students of the Ancient One who decided to betray their master and follow Kaecilius instead. Led by Kaecilius, the Zealots stormed the library of Kamar-Taj, seeking knowledge about the Dark Dimension and its inhabitant Dormammu. After murdering the librarian, the Zealots indeed find a book containing information on how to contact Dormammu. Kaecilius rips out the pages that he needs and he and the Zealot's escape through a portal to London, pursued by the Ancient One. The Ancient One eventually catches up to them, attacking them and warping the reality around them. This causes an entire apartment block to roll up to the fighters while the entire world tilts sideways. Despite their numbers, the Zealots are outmatched by the Ancient One and Kaecilius opens a portal, allowing himself and two Zealots to escape. The other four are crushed by the moving walls.

Arriving in a church, Kaecilius and the remaining Zealots perform the ritual detailed on the stolen pages. They contact Dormammu, who fuels their power with the strength of the Dark Dimension. Dormammu tasks Kaecilius with destroying the three temples of magic in Hongkong, London and New York to allow Dormammu to merge Earth with the Dark Dimension.

The Zealots destroy the temple in London but when they arrive in New York, they are opposed by the Ancient One's newest student Dr. Steven Strange. Although Kaecilius and the two Zealots are more powerful, Strange manages to hold his own. He gets rid of the two Zealots by throwing them through portals and closing the portals immediately afterwards, trapping the female Zealot in a desert and Lucian in a jungle. Strange even manages to capture Kaecilius who escapes when Lucian returns and impales Strange, forcing Strange to escape to a hospital in New York. There, Strange also kills Lucian in battle.

Kaecilius returns with more Zealots, starting a ritual to defile the temple. Strange prevents this by dragging all of them into the mirror dimension where nothing can affect the true world. Strange and Mordo run off, pursued by Kaecilius and the Zealots. Eventually, the Ancient One appears and separates the Zealots from Strange and Mordo, leaving only one more Zealot and Kaecilius. She fights the two but is mortally wounded when Kaecilius rams a blade through his remaining man into the Ancient One. The Ancient One dies from her wounds.

The Zealots then head to Hongkong where they are opposed by Wong and other students of the mystic arts. The Zealots murder all of them and destroy the temple, allowing Dormammu to spread the Dark Dimension. However, when Strange appears he uses a powerful gem, secretly an infinity stone, to turn back time, reanimating the fallen and rebuilding the temple, thus preventing the Dark Dimension from spreading. To make an end to all of this, Strange travels through the portal into the Dark Dimension and confronts Dormammu, trapping the two of them in an endless time loop in which the two are doomed to relive the same moment for eternity. Strange offers to release the two of them from the spell on the one condition that Dormammu leaves Earth in peace forever and takes his worshippers with him. Dormammu reluctantly agrees and Strange releases him. Kaecilius and his zealots are dragged through the portal as Dormammu turns away from the Earth, their bodies disintegrating as they pass into the world they wanted, presumably to suffer for eternity. 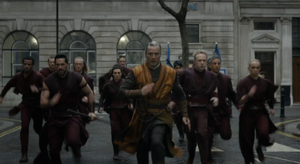 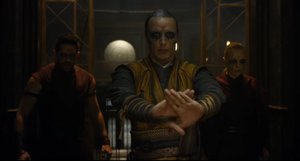 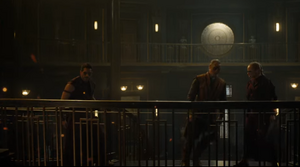 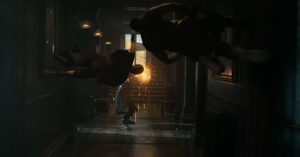 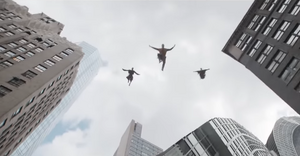 The Zealots pursue Strange and Mordo through the mirror dimension. 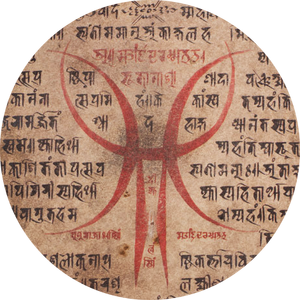 Insignia of the Zealots.

Concept art of the Zealots. 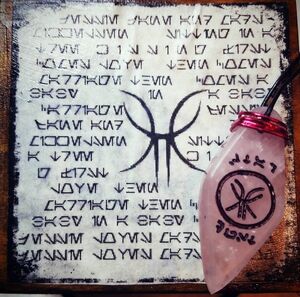 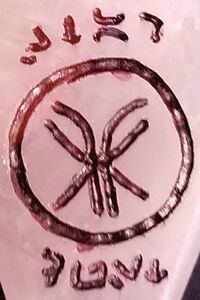 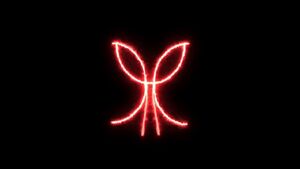 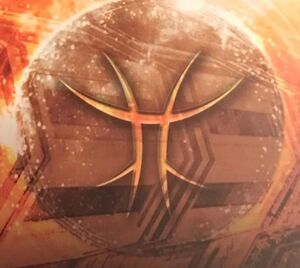