Ruler of the "Miniverse"

Creating his own micro-planet power supply called the Miniverse

Working on his inventions.

Escape the Microverse Battery (all failed).

Zeep Xanflorp is the main antagonist of the episode "The Ricks Must Be Crazy" of the TV series Rick and Morty. He is a scientist within Rick's Microverse Battery who creates his own micro-planet power supply called the Miniverse. His development of a new power supply prevents Rick from using his flying car. Zeep is depicted as a very arrogant and intelligent alien, and in many ways a parallel of Rick Sanchez.

He was voiced by Stephen Colbert in his first, and so far only, villainous role.

During his life, Zeep Xanflorp came into existence in the Microverse (Rick's car battery). He would quit school due to believing it was a place for not smart people and would create advanced inventions for the benefit of his people. Zeep would continue this until Rick and Morty arrived and subsequently defeated him.

The Ricks Must Be Crazy

Zeep Xanflorp appears after Rick and Morty arrive at the Microverse. Accompanied by their president, President Chris, Rick and Morty meet Zeep at the Zeep Tower (President Chris mentions to them that Zeep Zanflorp invented a new technology that makes the Gooble Boxes obsolete, much to Rick's annoyance). Zeep then introduces them to the Miniverse that Rick instantly dislikes and is much like the Microverse. Rick, Morty and Zeep then go into the Miniverse that was created almost exactly like how the Microverse was. After Zeep explains the story of his invention, Rick criticizes him similar to how Morty criticised Rick. After Morty and Rick have a conversation, the three of them then land to meet the Miniverse's inhabitants.

When Zeep is giving a speech to the Miniverse's inhabitants, Rick then asks the President about scientists working on projects similar to the Microverse. This then introduces Kyle to the story. Kyle explains the concept behind his project that is similar to the Microverse and the Miniverse's. After this realization, Zeep attacks Rick and they begin to fight each other. On the side lines, Kyle begins to realize that Rick created Zeep's universe who created Kyle's universe which then reminds Kyle about how he couldn't make it to his father's funeral due to him working too much on his project, causing Kyle to commit suicide by flying his cube ship into a nearby rock formation. The surviving three then live in two separate cave like dents in mountains with Rick and Morty living in one and Zeep alone in the other. The two scientists then start to have a feud, forcing Morty to leave Rick and join the tree people.

Months later in the Teenyverse, Rick and Zeep both have advanced technology and still continue their feud. As Rick and Zeep have an equally matched battle destroying both of their technologies, the tree people surround them with Morty as their leader. Morty then guides the two rivals to Kuala (or the spirit tree), but then tells Rick that he's been driven to near madness and begs to have him and Zeep create the technology to get them home. The two succeed and warp them out of the Teenyverse. Rick and Zeep have a great race to Rick's ship. Meanwhile, giant spiders and the government come together to make a peace treaty which relieves Summer of the military. After one final fight between Rick and Zeep, Rick and Morty exit the battery and go out for ice cream with a majorly traumatized Summer.

Zeep is a rude, arrogant, self-centered, and hypocritical individual. His personality is similar to that of Rick and has many traits of a stereotypical genius. Zeep's hatred for Rick grew immensely after realizing that Rick created his universe. Zeep is also a drug addict, being addicted to opium. 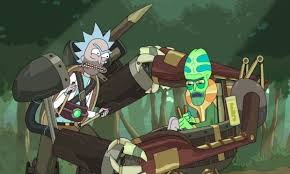 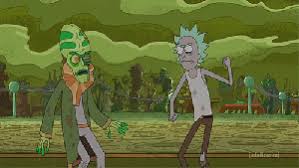 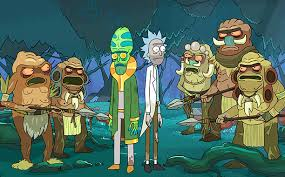 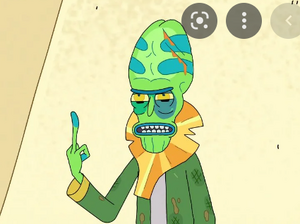 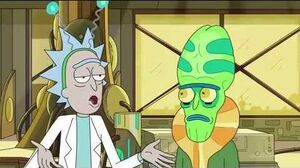 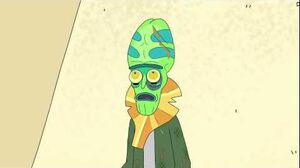 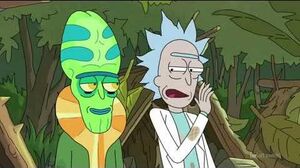 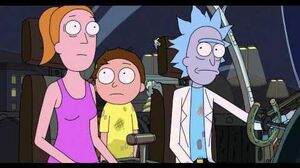 Rick and Morty - Rick vs Zeep 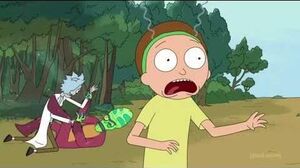 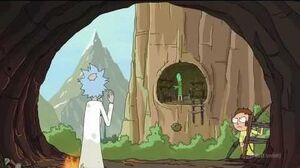 Rick and Morty - The Tree People