The Executioner
The Demon King's Representative

Leader of the Ten Commandments

Piety Commandment (can control those who turn their backs on him)

Zeldris is the second son of the Demon King, the younger brother of Meliodas and the secondary antagonist of the anime and manga series The Seven Deadly Sins. He serves as the leader of the Demon Clan's elite force, the Ten Commandments.

Like his brother Meliodas, he is voiced by Yuki Kaji in Japanese and Bryce Papenbrook in English.

Zeldris was born into the Demon clan as the second son of the Demon King and the younger brother of Meliodas.

He grew up as a proud warrior alongside his brother for the Demon clan and at one point fell in love with a vampire woman named Gelda. However, he was ordered to kill all the vampires for breaking their treaty with the Demon clan under his father but could not bring himself to kill his lover Gelda so he sealed her away. He also heard that his older brother Meliodas betrayed their clan and had become the new leader of the Ten Commandments.

As a son of the Demon King himself, Zeldris is an extremely powerful demon, with him thus ranking as the strongest of the Commandments with his older brother gone, with the exception of Estarossa. Meliodas himself held Zeldris's power at a high enough regard that due to having being lent the magic power of the Demon King, Zeldris' power can equal that of the Demon King and Supreme Deity, and that he has the power to remove the curse on him and Elizabeth. However, once Meliodas returned to become Demon King, he realizes that he overestimated Zeldris and states that even with the power Zeldris borrowed from their father, Zeldris' power still pales in comparison to the true power of the Demon King to which Zeldris agrees to. His aura alone terrified Arthur Pendragon, who states that his power rivals that of his old mentor, Cusack. His aura is also strong enough to completely terrify the countless heroes inside Excalibur. Even Cusack and Chandler, the two highest-ranked demons, fear his original magic power. Cusack stated that Zeldris is destined to surpass him.

Like all members of the Demon Clan, Zeldris possesses the mysterious jet-black power of darkness which he can use for a variety of purposes, such as forming wings to fly. His aura, combined with the aura of the other Ten Commandments is so terrifying that it made the normally calm Hendrickson sweat in fear by their presence and unnerved Meliodas when he sensed it from several kilometers away.

With the Demon King's power, Zeldris is capable of accessing many powerful magical abilities. He is capable of inflicting a curse on Merlin, an individual with natural resistance to the effects of demonic magic, which would have killed her and was so powerful that even Hendrickson, who spent years studying Druid magic, was powerless to do anything to save her. He has the ability to telepathically communicate with the other Commandments even throughout all of Britannia. Due to being the Demon King's representative, he is able to grant the Commandments to others and remove them from any member of the Ten Commandments if they allow it or if they are unable to fight back, as shown when he was able to strip Drole and Gloxinia of their status as members of the Ten Commandments. He is shown capable of suppressing the powers of others, even ones as powerful as the Giant King Drole, due to being lent the magic power of the Demon King. When fighting at full strength, Zeldris can enlarge his demon mark similar to his older brother when he was the leader of the Ten Commandments, and is also the only demon alongside Meliodas known to be capable of surviving taking in multiple Commandments into himself. Zeldris's God magic power also comes from his father's power, allowing him to negate any magical attack. He also has his own original magic power called Ominous Nebula, which he can combine with God to ascend him to his full fighting capability. It is a technique of extreme concentration were Zeldris rotates his darkness around him at immense speeds, creating a vortex that surrounds and attracts all living beings around him. This power makes the air flow and creates a vacuum and everything that comes in contact with it is sliced at a god-like speed by pure reflexes, making this technique a Full React. It is so potent that he easily rendered the likes of Escanor, Merlin and Ludociel considerably outclassed, with Ludociel stating the speed of the technique is beyond even his Grace. Even Escanor at the height of his power had trouble overcoming Ominous Nebula, with him getting a slight injury from a failed attack and needing a considerable amount of time to dispel it with Divine Sword Escanor.

Zeldris possesses immense levels of combat might and prowess, as he was trained by both Cusack and Meliodas, who are under only the Demon King in terms of might, although he hasn't reached their level but Cusack stated he has the potential to be superior to him, with his swordsmanship being deemed the fastest in all of the Demon Realm. He was able to single-handedly easily render Camelot's entire military forces, the second most powerful kingdom in Britannia, completely powerless, without sustaining any injury. Furthermore, he is capable of getting the better of his older brother, Meliodas, when he had not regained his true full strength, being fast enough to cut Meliodas's arm off before he could behead him in an iado-like manner, fighting almost evenly with the head of the Four Archangels Ludociel, suffering only one more injury, and easily brought down Drole, the Giant King, with a single kick. His speed in swordsmanship is said to be the fastest in all of the Demon Realm, which, with the exception of his mentor, brother and father, is proven to be true, as shown when he fights evenly with Ludociel in swordsmanship, only getting one more injury. He is extremely durable, as he was unfazed after taking a kick by Meliodas to his head with his demon mark activated and even survived being hit by Escanor's Cruel Sun at close range. He even survived a powerful finger-jab to the stomach from Escanor's The One form and even Ludociel's Gold Shining, although he was severely injured from the attack. He also possesses tremendous physical strength, as shown when he held back Escanor's Divine Sword Escanor attack for a significant amount of time before falling back. 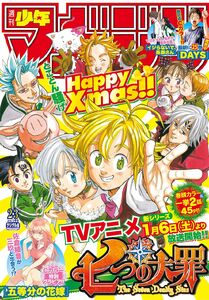