Zero (The King of Fighters)

Defeat the winners of KOF 2001 in a fair fight.

Original Zero is one of the antagonists from The King of Fighters (2001), appearing as a sub-boss in that game.

Zero is a top agent from the NESTS cartel, and also the most trustful of them. He is disgusted when he discovers that his clone betrayed them, so he resumes their plan of world domination. Igniz sponsors a new King of Fighters tournament and orders Zero to destroy the winners of the tournament. K's team win the tournament, so Zero invites them to his blimp, which was actually a space shuttle in disguise. As they head towards NESTS' main headquarters in outer space, he challenges the team for a fight, alongside his pet lion Glaugan, a revived Krizalid and the mysterious Ron. Zero is defeated, complimenting the team for their prowess. As they arrive at the dockside of NESTS' base, the shuttle starts to collapse, so Zero tells K' and his teammates to leave quickly and meet with their creator, presumably dying honorably on board the shuttle.

Zero is tyrannical and cruel. Despite his oppressive personality, he is shown to be a very honorable man, being very loyal to NESTS. He despises traitors above all else.

Like Igniz, he looks younger and handsome than he is at 44 years old. 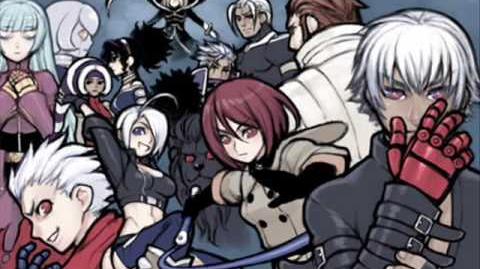