Charisma
Control over her base
Manipulation
Cunning
Flight

Turn Bird and Piggy Island into her own resort islands

Get revenge on Mighty Eagle for abandoning her
Kill Red and his team (all formerly, failed).
Teach the birds and pigs the difference of being selfish and unselfish.
Marry Mighty Eagle (both succeeded).

Zeta is the main antagonist of Sony Pictures Animation's 19th feature film The Angry Birds Movie 2, appearing as the ruler of Eagle Island, and the archenemy of Red and Silver and also Mighty Eagle's ex-fiancée-turned-wife and Debbie's mother and boss. Zeta becomes increasingly frustrated with the frozen environment living on her polar island. She plans on turning both Bird and Piggy Islands into her own resorts, full of summer fun.

Silver and Red put themselves in an ice ball and roll towards Zeta's superweapon, but it didn't work, and the whole team are confronted by Zeta and her guards. At the same time, Mighty Eagle arrives to apologize to Zeta, but she quarrels with him, revealing his name as Ethan and that she gave birth to a chick he was unaware of named Debbie. While Zeta is distracted, Silver tells Chuck to tie up the weapon using a Super String, which catches and decelerates the lava balls when Zeta fires them. As the rope breaks, Terrence's hatchling (Zoe), her friends, and the 3 piglets traveling above Eagle Island help grasp it. The lava balls slide back into the weapon, destroying the superweapon and the entire base.

Everyone escapes the exploding base, just as Zeta notices Debbie missing. Seeing her ice shoe under debris, Zeta believes her to be dead and begins to regret her actions just as Mighty Eagle appears under the debris and protects Debbie from being crushed by a metal plate. Zeta shows gratitude to him and they finally hold a wedding ceremony on Bird Island, with Red as the chief witness. Everyone cheers Red for saving the islands, but he reveals Silver and the team deserves the real credit instead of him, unveiling a Mount Rushmore-style monument to them. To his surprise, Red finds he is beloved even more now because of his honesty and selflessness. The birds have a huge party to celebrate while Red and Silver begin a romantic relationship, until Chuck arrives and interrupts the two. 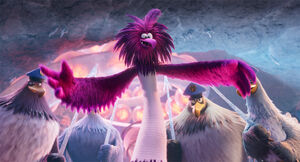 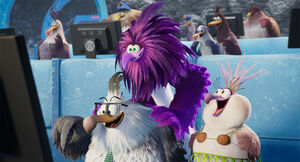 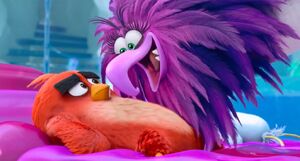 Zeta laughing at a restrained Red. 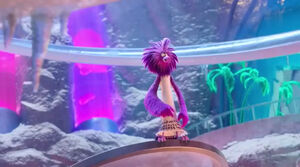 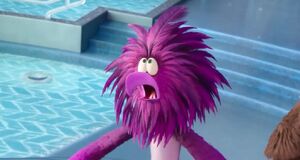 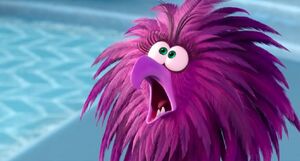 Zeta's Defeat (Seeing that her Super Weapon's about to be destroyed). 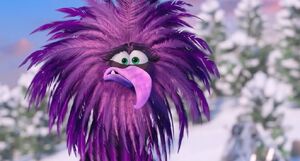 Zeta realizing her terrible mistake after seeing that her daughter Debbie could be dead because of her evil selfish actions over revenge by hurting others. 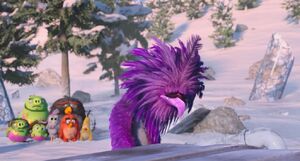 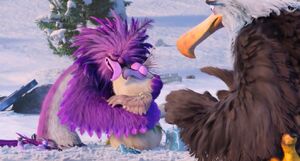