King of the Olympus

God of the Sky
Lostbelt King of the Atlantic Lostbelt

Absorb all the power of the Fantasy Tree for himself

Zeus in the Nasuverse and Fate franchise, is a Divine Spirit and deity based on his mythology counterpart. His Lostbelt version is one of the seven Lostbelt Kings, being a major antagonist of Fate/Grand Order: Cosmos in the Lostbelt. He is the overarching antagonist of Atlantis: Ocean in the Age of Titans and the secondary antagonist of Olympus: Interstellar City Mountains, both being parts of the two-part fifth chapter.

He is voiced by Hiroyuki Kinoshita.

Like other Gods of Olympus, Zeus in Nasuverse is depicted as alien nanomachines that originated from the deep space. Among them, Zeus is a machine called the Space Combat Annihilator-Type Mobile Fortress, one of many machines created to prepare the Earth for a lost, alien civilization.

Their arrival to the Greek civilization upon Earth had earned worshipping from humanity and made them gods with human forms. Nevertheless, in the Pan-Human History, the Olympians was defeated by Sefar around 12,000 B.C. after they deserted their mechanical forms to become more humane.

After the humanity defeated Sefar, Zeus peacefully acknowledged the humanity's power and decided to retreat from godhood alongside other Olympiams, thus ending the Age of Gods in Greece. The remnants of the Twelve Machine Gods would soon gain human forms and became whom humanity known as the Twelve Olympians.

According to Europa after she arrived in Chaldea, even after Olympians had retired from being worshipped deities, the Proper Human History version of Zeus still shows concern over Ritsuka and Mash, and view humanity as his grandchildren. Through Europa, Zeus delivered his best wishes to Chaldea crew on their quest to save humanity.

Nevertheless, in the Lostbelt version of Olympus, the Olympians survived after Zeus and other Gods of Olympus fused together to defeat Sefar, allowing them to keep their machine bodies and improve themselves and the world.

After Sefar's defeat, the Gods of Olympus began to vote for keeping the Age of God active and expand or else. Zeus attempts to expand the Age of God, but was opposed by other Gods of Olympus. As a result, Zeus had brainwashed Demeter, Hera and Aphrodite to agree with him, defeat and destroyed Athena, Hades, Hepheastus, Hestia, Apollo and Ares that opposed him, and banished Poseidon to keep guarding the gate of Atlantis as a punishment to turn against him.

Afterwards, the Olympus became advanced for another 14,000 years, with humanity had become immortalized and the mystics became superior to the physics. However, the gods' own advancement soon caused them to reach a dead end and be pruned, only to be brought back by the Alien God.

Despite seeing humanity from Proper Human History as sentient reeds, Zeus holds some surprise to Kirschtaria Wodime (the only human he shows respect to) due to the latter's stoicism, saying that was an unexpected quality, especially for a "reed". Eventually, Zeus has some respect and friendship towards Kirschtaria, and vice versa. 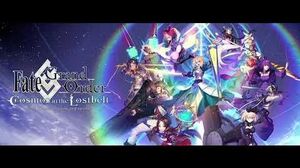 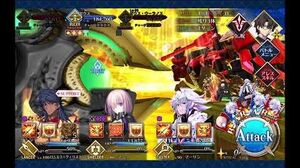 Retrieved from "https://villains.fandom.com/wiki/Zeus_(Lostbelt)?oldid=4048170"
Community content is available under CC-BY-SA unless otherwise noted.