Being with Sima Yi.

Spending time with her family.

Help her family become the rulers of China.

Zhang Chunhua is one of the supporting antagonists in the Romance of the Three Kingdoms. She is the wife of Sima Yi, a mother of Sima Shi and Sima Zhao, and an important statesperson in the Kingdom of Wei. She is also known as Empress Xuanmu of the Jin Empire.

Many stories in China refer to her as a "Demonic Wife", and she is famous for being a female murderer.

Zhang Chunhua was said to be as intelligent as her husband, if not more. She was a cruel woman with a violent temper, so much so that even her husband feared her. Although they had 3 children together, Sima Yi apparently never loved his wife. There is a popular story in which Sima Yi fall out, and when Zhang Chunhua came to visit him he is rumored to have said, "What a foolish woman! Her visit means nothing to me!".

Although they did not get along, Zhang Chunhua did aid Sima Yi in his quest to gain more power, helping to cover up any evidence that he was secretly planning to stage a coup. When she died, Sima Yi pretended to mourn her. However, it was mainly a ploy to gain sympathy from people.

Zhang Chunhua is a wise and capable mother. But she shows signs of her wickedly cryptic side when she is not pleased, causing even her own family to fear offending her. While her criticism is blunt to help bring out the other party's true potential.

Zhang Chunhua saw Sima Yi's past appearance enough to make him afraid of her. Although seemingly dominant in their relationship, her relationship with her husband is harmonious and she does care about him. The wife is content to step down for her husband, but occasionally forces him to make a decision he usually rejects. She severely called Sima Yi "My Lord" or "Husband."

Zhang Chunhua believes that Wang Yuanji is more responsible than any other son, and often reminds the younger how to train Sima Zhao. 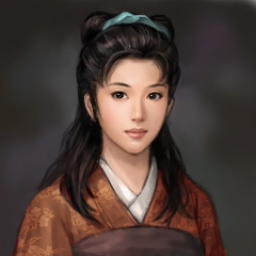 Zhang Chunhua in Romance of the Three Kingdoms XI. 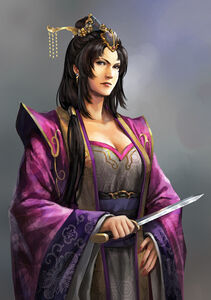 Zhang Chunhua in Romance of the Three Kingdoms XII. 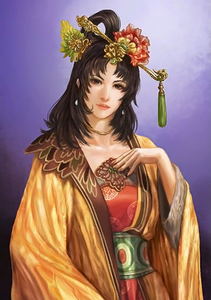 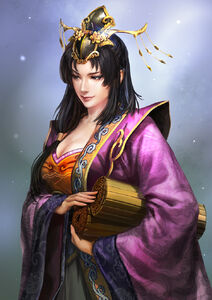 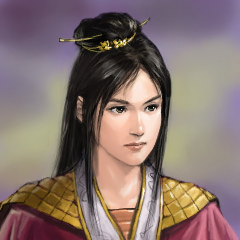 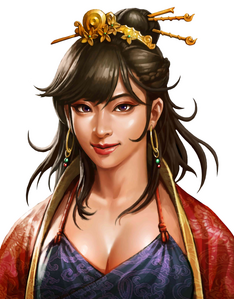 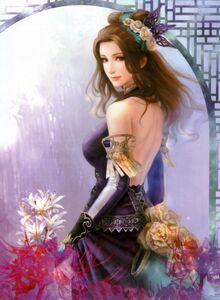 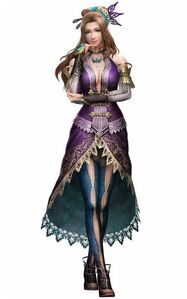 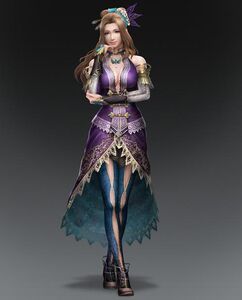 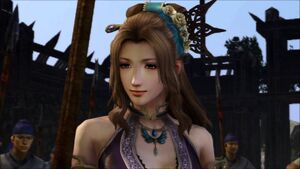 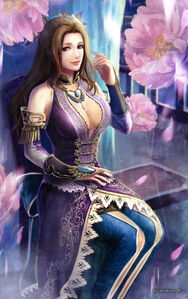 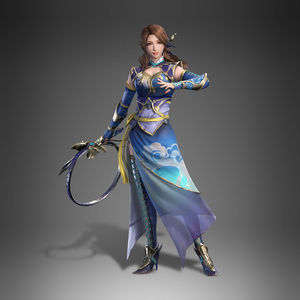 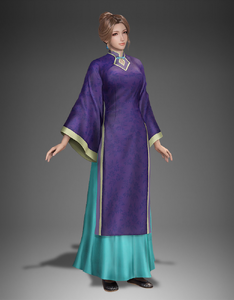 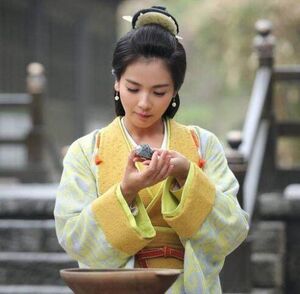 Zhang Chunhua in The Advisors Alliance.
Add a photo to this gallery 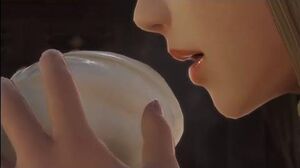 Retrieved from "https://villains.fandom.com/wiki/Zhang_Chunhua?oldid=3544461"
Community content is available under CC-BY-SA unless otherwise noted.