In the Name of People

Division director from an ministry of Handong Province (formerly)

Zhao Dehan (赵德汉) is a minor antagonist of Chinese crime novel, In the Name of People and its 2017 TV series adaptation. He is a former division director from an ministry of Handong Province, who was accused of corruption by grafting 230 million RMB of public property cash.

He is portrayed by the Chinese veteran actor, Hou Yong, in his very first portrayl of a villainous character.

Initially believed to be an incorruptible official, who only eat noodles with fried sauce per day, Zhao Dehan first appeared as one of the top-listed targets of Hou Liangping, who ambushed his apartment and discovered his massive saving grafted from public property, 230 million RMB of them, piled on his bed, his fridge and even his wall.

While facing Hou Liangping, Zhao Dehan initially pretended to be calm and stoic, but he was insecure and horrified. As soon as the cashes hiding on his apartment wall was discovered by prosecutors, Zhao Dehan broke down crying, trying to justify his crimes and begging for forgiveness. All he wanted was to take the blame by himself rather than making the life of his family miserable, showing a rather honorable side. He was later arrested for his crimes.

In spite of grafting money, however, Zhao Dehan is one of the most sympathetic and complicated characters in the story. He cares a lot for his family, sending his mother 300 yuan per month, though it cannot justify his criminal activity. 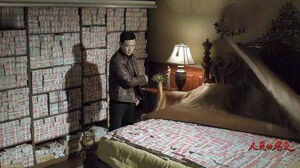 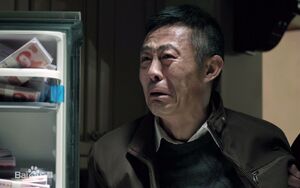 Zhao Dehan crying after his arrest 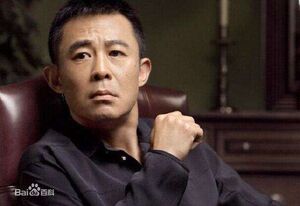 Retrieved from "https://villains.fandom.com/wiki/Zhao_Dehan?oldid=2974293"
Community content is available under CC-BY-SA unless otherwise noted.