Relaxing in rose baths.
Wearing extravagant clothing.
Reading up on Norse Mythology
Hacking and playing around with technology

Get his revenge on Kaiba Corp
Defeat Seto Kaiba
Manipulate his brother, Leon to defeat Yugi Muto (all failed).

Zigfried von Schroeder is a supporting character in the Yu-Gi-Oh! franchise and the main antagonist of Seto Kaiba's entire story arc.

Though not appearing in the manga, he appears as the secondary antagonist in series 5 of the anime Yu-Gi-Oh! Duel Monsters more specifically acting as the main antagonist in the filler arc Grand Championship.

He is a flamboyant German businessman of his family organization known the Schroeder Corporation and the archenemy of Seto Kaiba. He is the older brother of Leon von Shroeder.

Zigfried von Schroeder's family had a long feud with the Kaibas, with both families owning competing companies. Similar to Gozaburo Kaiba's adopted son Seto, Zigfired was placed under a strict regiment of education, giving him an impulse to succeed. Zigfired and Seto first met at a business party, where Zigfried displayed his intellect by bypassing Kaiba Corp's security system and manipulating the building's power. Gozaburo kept stealing business contracts under Zigfired's father's nose, eventually driving him insane in anger and leading to his premature retirement. When Siegfried took over Schroeder Corp and decided to shift it's focus from weapons manufacturing to gaming technology, he discovered Seto had done the same with Kaiba Corp. Once more competing with his family's rival, Siegfried chose to work on a device able to project holograms of Duel Monster cards, only to to find out that Kaiba had developed his own holographic technology and made a business deal with Maximillion Pegasus before he could, much to his fury.

As revenge, Zigfried attempted to sabotage Kaiba's Grand Championship at Kaiba Corp. First, he set a computer to trap everyone inside, but the computer was defeated by Yugi Muto. Zigfried entered the tournament as Zigfried Lloyd, and easily defeated Weevil Underwood and Rex Raptor in a single turn using his Valkyries Cards. He then dueled Joey Wheeler and won.

As he was about to face his younger brother Leon in the final round, Kaiba realized his true identity and dueled him. Kaiba won, but Zigfried still had his main plan up his sleeve while Leon was dueling Yugi in the finals, Zigfried had him play a card called the Golden Castle of Stromberg a card that is banned from all tournament matches which was infected with a virus that deleted Kaiba's data. Leon, who had no desire to willingly participate in evil plans, and Yugi were able to stop it during their duel. After Yugi defeated Leon, Kaiba revealed that all his info was saved on a backup and was never lost. Zigfried was utterly defeated and broke down crying before Leon convinced him to make his corporation as good as Kaiba's without doing anything evil, leading him to finally reconcile and apologize for his treatment towards him.

In the final scene of the final episode of the series, he and Leon are seen making a deal with Pegasus. This is only in the Japanese version.

Zigfried was a very snooty, jovial, egotistical, flamboyant and spiteful young man who held an extreme grudge against the Kaiba Corporation in particular Seto Kaiba himself. He was incredibly intelligent and strategic and was very good with technology, rivalling even Kaiba and Pegasus in that regard. He was a relatively arrogant and somewhat unfair opponent, often ridiculing and humiliating his opponents before crushing them, and was rather proud of his deck. He also tends to be condescending and snarky towards anyone he has reason to oppose, a trait he shares with Kaiba himself. He also has a fondness for roses and enjoys living in a luxurious and hedonistic manner in spite of the constant knowledge that his company is falling keeping him occupied.

Zigfried does have his good sides however as he genuinely did love and care for his brother Leon although wasn't above manipulating him for his greater goals, in the end however the whole reason for Zigfried's redemption was his brother's influence. He also has a fondness for Norse mythology to the point were his entire deck is made up of that particular theme.

Zigfried was a tall and slender young man with pretty and feminine features, fair skin and teal eyes. His hair was approximately waist length, pink in color and styled in a layered hime cut, his eyebrows also shared this color and were rather thin.

His preferred outfit was a form fitting velvet, plum suit with one button and black borders as opposed to lapels, a crimson jabot atop a long sleeved Victorian style frilly shirt, a purple rose corsage and black cuban heeled shoes.

Zigfried's deck is the famed Valkyrie similar to the Norse Valkyrie. One of his favorite spell cards is Ride of the Valkyrie allowing him to special summon all of his Valkyrie monsters from his hand until the end of his turn all of his monsters return to his deck. His three powerful continuous spell cards are Goddess Urd's Verdict, Goddess Verdance's Guidance and Goddess Skuld's Oracle which allowing him to check 3 cards of his opponents' top deck and place one of them in the top in order, then guessing what kind of card either monsters, spells or traps to place them face down and last to guess the name of the card if it's right, Zigfried banish his opponent's cards from the duel, but in a duel with Kaiba, they would be useless when seeing three of Kaiba's Blue-Eyes White Dragons. His second favorite spell card is Mischief of the Time Goddess which allowing Zigfried to skip his main phase 2 and his opponent's entire turn all the way to his next battle phase which make the Ride of the Valkyrie's returning effect useless in order to easily defeat his opponents in one turn but it wouldn't work when against Seto Kaiba after using Magical Trick Mirror to use Mischief of the Time Goddess. 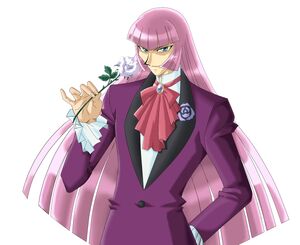 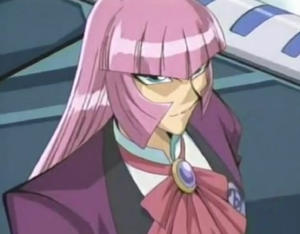 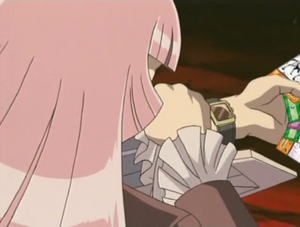 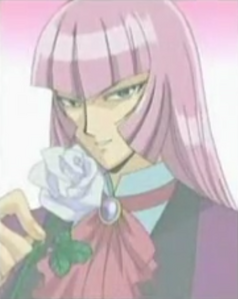 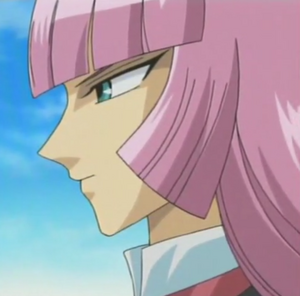 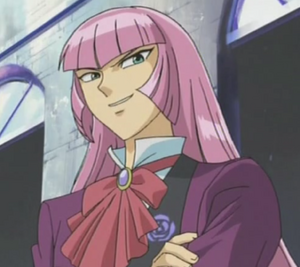 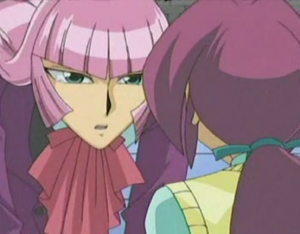 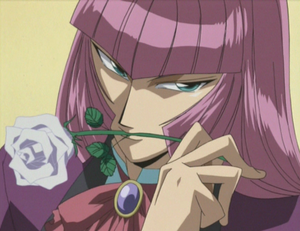