Rule Cross World City and the rest of reality.

Ziktor Industries is the evil company in the syndicated TV show VR Troopers.

Ziktor Industries is owned by billionaire Karl Ziktor who is really the alter ego of the show's main antagonist Grimlord. The company serves as his base in reality. Throughout the show's run, Ziktor's office mostly serves as the bridge for his transformation into Grimlord. Most of his actions take place in Virtual Reality than here. The sole pieces of equipment are an energy orb (season one) or an energy prism (season two) which Ziktor uses to become Grimlord. Zikitor uses an intercom to communicate with his agents.

Despite the building's large exterior, it seems to have a small amount of occupants. Each episode features Karl Ziktor surrounded by tall women dressed in black leather and high heels. A scientist named Strickland works for the company. Agents are tasked with with assignments and arrive to report their progress. Ziktor owns a pet lizard named Juliet whom he occasionally strokes and pampers whilst gloating. No one, including the Troopers and Professor Hart, is aware that Ziktor and Grimlord are the same person. 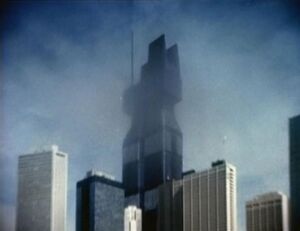 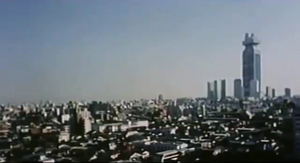 Add a photo to this gallery
Retrieved from "https://villains.fandom.com/wiki/Ziktor_Industries?oldid=3414554"
Community content is available under CC-BY-SA unless otherwise noted.