Continue his species by laying eggs that could reproduce into thousands of Zillas (succeeded).

Originally a normal iguana, Zilla was mutated into a giant reptilian monster as a result of a nuclear test done in French Polynesia. Prior to its debut in Godzilla: Final Wars, the monster was originally intended to be a reimagined take on Godzilla. However, due to the critical failure of the 1998 film, the monster was later rebranded as a whole new character with an exception when it comes to the original film and series.

Its vocal effects are performed by Frank Welker and was suit acted by Kurt Carley in a few scenes of the original film.

In its appearances in Godzilla: Final Wars and Godzilla: Rulers of Earth, Zilla was shown to not run away nearly as much and tried to fight even when outmatched. In Godzilla: Final Wars, it faced Godzilla head-on, a move that was specifically dependable and brave, although this could be because it was under the Xiliens' authoritative control and was forced to fight Godzilla.

In Godzilla: Rulers of Earth, it retained many of the same abilities and characteristics of its 1998 counterpart, although it lost its cowardly and pusillanimous nature. It faced Godzilla head-on once again, evaded its attacks, and landed several attacks of its own. However, it retreated to the sea when Godzilla was close to killing it and it had just barely escaped Godzilla's grip. When Zilla resurfaced for the final battle against the Trilopods, it attacked and brutally killed and wounded numerous Trilopods.

Zilla is a giant mutated iguana originating from a nuclear test in French Polynesia. As the test was done in 1968, the creature (or perhaps species) grew over a period of approximately 30 years. Its irradiated genes caused it to achieve a height of over 60 meters (about 200 feet).

It swam from the islands across the Pacific, attacking a Japanese freighter, and then stomped across Panama. From there it traveled up the American Eastern Seaboard, where it sank several American fishing boats. It then stomped through and invaded New York City, necessitating the evacuation of the entire city, and have some sort of mutual interest in one of the main characters. The military battled it extensively, and supposedly killed it in the East River. However, it had laid at least a hundred eggs in Madison Square Garden (an arena in Midtown Manhattan), which hatched and filled the Garden with hundreds of baby Zillas. The military bombed the Garden, killing most of the creatures. However, Zilla then revealed itself to have survived, and chased the heroes through New York across the Brooklyn Bridge, where it became entangled in the suspension cables.

It was then killed by F-18 missiles (although later on, in the sequel TV series, it was resurrected as a cyborg by the Tachyons, this cyborg variant appeared during the Monster Wars story arc which was very similar to the general plot of Destroy All Monsters and Godzilla: Final Wars). However, one of its offspring survived, and imprinted upon Dr. Niko Tatopolous. From there, it accompanied Tatopolous and his team, H.E.A.T., on their missions against various monsters mutated by nuclear experiments in Godzilla: The Series.

Zilla appears in the beginning of New Family: Part 1, the first episode of the TV-series, which was a recap on the ending of the film. It later returns in the episodes, Monster Wars: Part 2 and Monster Wars: Part 3 as Cyber-Zilla.

﻿﻿In Godzilla: Final Wars, Zilla is one of the monsters controlled by the Xiliens, and under their control, it attacks Sydney, Australia. Zilla is taken away by the Xiliens to give mankind the illusion that they stopped it, and is later unleashed by X to battle Godzilla. Zilla is defeated rather quickly by Godzilla itself, who sends it flying into the Sydney Opera House and finishes it off with its powerful atomic breath. X throws a tantrum over Zilla's failure then complains he always doubted "Tuna-Head" was any use to it.

Zilla's appearance in the film was mainly as a take that to the 1998 film, as it is intentionally rendered using bad CGI, and the fight between it and Godzilla lasts 13 seconds, as the shortest battle in the entire series.

Zilla is a major antagonist in the first two issues of the comic Godzilla: Rulers of Earth, where it comes ashore and attacks the city of Honolulu. Godzilla appears and does battle with Zilla, forcing the monster to retreat.

Zilla later reappears swimming in the waters around the Monster Islands in the thirteenth issue.

In the last issue, Zilla returns to join Godzilla and the other monsters in the battle against the Trilopods. It kills many of them, but it is finally defeated by Magita. After Godzilla managed to destroy it, Zilla follows it into the sea along with the other monsters.

At the end of Issue 4 of the comic Godzilla: Oblivion, Zilla makes a brief appearance alongside Anguirus, Rodan, Biollante, King Caesar and Mothra.

The design and characterization of TriStar's Godzilla was negatively received. Film critic Richard Pusateri of G-Fan Magazine coined the acronym GINO ("Godzilla In Name Only") to distinguish it from the original Godzilla created by Toho, while some fans referred to it as the "American Godzilla". The major points of criticism were centered around the character's radical departure from the traditional Godzilla design, how it was portrayed fleeing from the military instead of confronting them, how it didn't breathe traditional nuclear fire, how it laid eggs, and was easily killed by missiles during the film's climax whereas Godzilla can withstand a torrent of missiles that he shrugged them off as annoyance.

These sentiments were echoed by the veteran Godzilla suit actors, Kenpachiro Satsuma and the late Haruo Nakajima, and by Shusuke Kaneko, director of the 90s Gamera films. Nakajima ridiculed the character design, stating: "Its face looks like an iguana and its body and limbs look like a frog". Satsuma walked out of the film, saying "it's not Godzilla, it doesn't have his spirit". Kaneko opined "[Americans] seem unable to accept a creature that cannot be put down by their arms", and later alluded to the character in his film Godzilla, Mothra and King Ghidorah: Giant Monsters All-Out Attack as a monster that Americans mistook for Godzilla.

The backlash on the character alluded further in Godzilla: Final Wars when this character confronted by Godzilla: Out of Xilliens' brainwashed monsters Godzilla tricked to face by the Gotengo crew, Godzilla only needs a single medium-calibre blast of its atomic breath to destroy the monster and the fight lasts for thirteen seconds.

Ironically, the animated version of the character was more positively received than its live-action predecessor, due to being closer in line with the spirit of Toho's Godzilla, possessing the ability to breathe atomic fire, battle other monsters, and withstand attacks. However, the negative response to both Roland Emmerich's Godzilla as well as Disney's remake of Mighty Joe Young being released that same year, had caused giant monster movies to fall out of vogue for several years after, with films such as Peter Jackson's King Kong remake being postponed until 2005. Poor merchandise sales for the film led to a cancellation of a toyline based on Godzilla: The Series, and resulted in significant financial losses for toy manufacturer Trendmasters, which went out of business soon after.

These negative receptions are what caused the filmmakers who worked for the MonsterVerse series to decide to work together with Toho to create their series's incarnation of Godzilla whose character well-received to the point of considered as the true "Hollywood Godzilla" to avoid this mistake by creating a more faithful version of the character.

Over the years, fans have generally accepted Zilla as being a completely different monster and have warmed up to the character, with the animated series portrayal noted as being a more faithful version of Godzilla (albeit this was Zilla's son, who was dubbed by fans as Zilla Jr.). Zilla's debut into Rulers of Earth was also praised for his overall appearance and its performance in its fight against Godzilla. 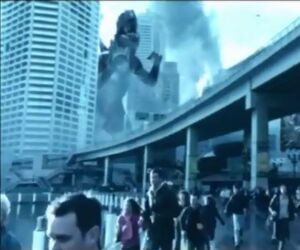 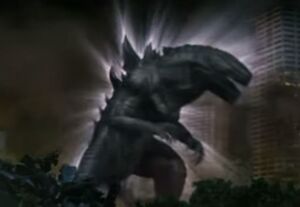 Zilla being summoned by Controller X. 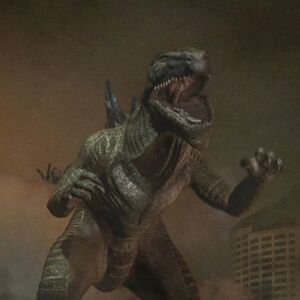 Godzilla and Zilla encountering each other. 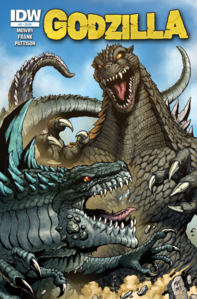 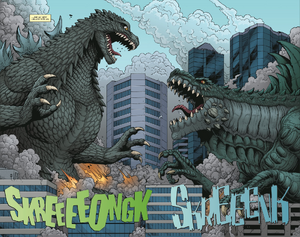 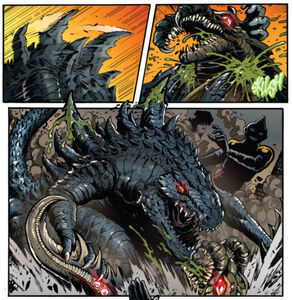 Zilla displaying its ability to use its scutes as weapons 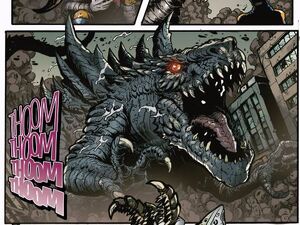 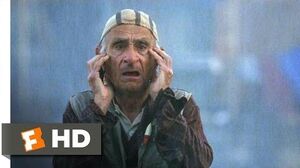 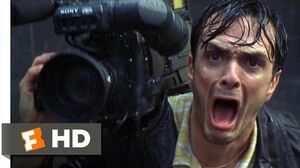 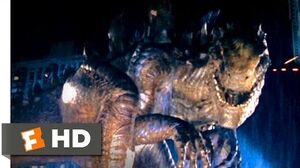 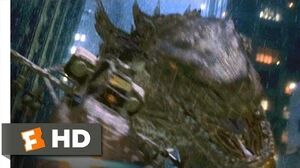 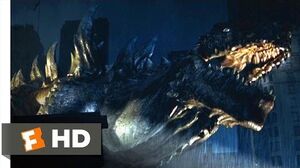 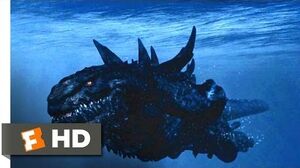 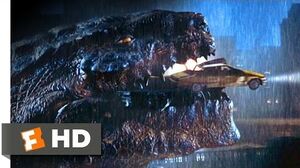 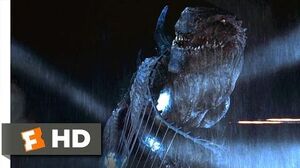