Felix the Cat: The Movie

Aid Duke of Zill in his quest to take over the entire realm of Oriana and seek vengeance on his niece Princess Oriana and her family for his banishment.

The Zillians are a namesake race of animal-like goblins native to the Land of Zill within the magic world of Oriana and minor villains in Felix the Cat: The Movie. They became servants to the maniacal Duke of Zill who plotted to take over the entire realm of Oriana and to seek vengeance on his niece Princess Oriana and her family for his banishment. The crooked ring master Wack Lizardi is the well-known Zillian.

The Land of Zill is a vast wilderness with a haunted forest, tall mountains, treacherous swamps and decrepit caves. It was once used as a former prison, a place of punishment for centuries by the human Orianians for the most descipable criminals and traitors, though the human-like Orianians who were despised by the group of another fellow Orianians, the Zillains who call this place home.

Years ago, a disfigured, renegade scientist who swore revenge on the royal family of Oriana, was banished to the Land of Zill beyond the Impasse where he was confronted by its people who thought he was a god because of his mechanical and inhuman appearance and they bowed to him, swearing their alligence. That scientist was be forever become the Zillians' first king by the name "Duke of Zill". Although they thought he was trying to help them, but the Duke was using them to built him an army of robots called Cylinders to take over all of Oriana and to have his vengeance.

Since his hostile takeover on the namesake country of Oriana and the capture of the dimension's true leader, Princess Oriana, the Duke of Zill placed her in the Zillians' favorite carnival known as the Fantastic Circus run by the tacky Wack Lizardi.

When Felix the Cat after his sudden departure from Earth, rescued Princess Oriana with the help of a few of the local Orianians, Pim and the Mizzards, escaped the Fantastic Circus which crumbled and ended in an amazing and wild magic bubble act which Felix uses to get away with his new friends and also his familier friends The Professor and Poindexter who traced his signal and followed him into another dimension. The heroes caefully made their way through the local Zillians' local city known as Progress, a small metropolis that is also used as a manufacturing factory for building Cylinders, and finally the made their trek across the perilious landscape of the Land of Zill and helped Princess Oriana return to the tarnished royal castle within her beloved country and confronted her evil uncle who sought after the "Book of Ultimate Power", the legendary magic tome in all the world of Oriana known as the Book of Oriana.

After Felix and his friends defeated the Duke of Zill and overthrow his minions including the Master Cylinder that is the "heart and brain" of the Cylinder army, the Zillians who occuppied the cities and lands in the Orianian countryside, retreated back to their homeland of Zill.

The Head-Hunters are a race of monsters (possibly demons) and denizens of Zill Land who are antagonists from the Felix the Cat Movie, residing in the Hair Forest, these creatures were a horrible tribe of shrieking skeletal monsters that could detach their own heads and somehow use them as flying weapons.

Head-Hunters were obsessed with hunting heads, even their own, and seemed to exist in a perpetual state of anarchy while only a very loose sense of hierarchy (a Head Head-Hunter was shown, presumably there leader).

Felix and his friends had to battle through legions of these monsters in order to cross the Hair Forest during their adventure and were continually assaulted by flying heads and spears until Felix used his magical bag of tricks to create many hats by which to distract the Head-Hunters. The Head-Hunters were delighted by the hats and they had let Felix and his friends go. 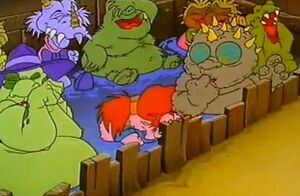 Zillians, native people of the Land of Zill. 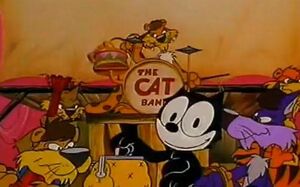 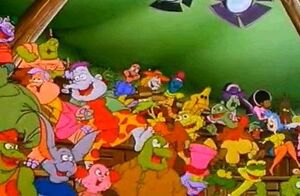 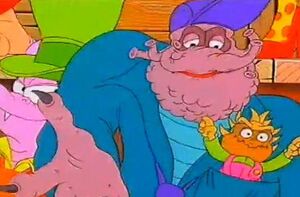 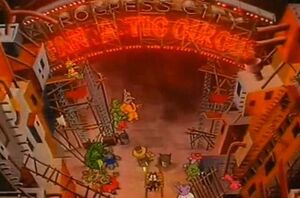 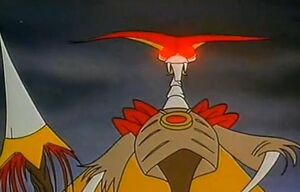 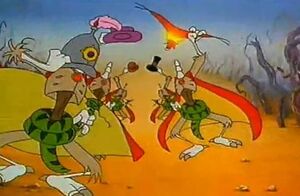 Add a photo to this gallery
Retrieved from "https://villains.fandom.com/wiki/Zillians?oldid=2401122"
Community content is available under CC-BY-SA unless otherwise noted.