Villains Wiki
Register
Don't have an account?
Sign In
Advertisement
in: Evil from the Past, Traitor, Criminals,
and 16 more

Zoda is the secondary antagonist of the F-Zero series and the arch-nemesis of Super Arrow.

In F-Zero: GP Legend, he was voiced by Shinpachi Tsuji in Japanese and Jamie McGonnigal in English.

The leader of the Zolorkian Coalition from planet Uma-41, Zoda has been at the forefront of many attacks on Earth. It was his plan to set up a Zolorkian government on Earth and use the planet for refueling, mining, and gambling. Because of this, Zoda is in a long dispute with the hero of justice. He has also been marked by Captain Falcon, and once was almost captured for his bounty. Zoda's crazed tendencies comes from a machine that pumps adrenaline and dopamine into his body. He enters the Grand Prix races to raise funding for his sinister plots, and during this latest race, he plans to take out anyone who dares interfere with his master plan.

At this time the F-Zero races were discontinued due to the Horrific Grand Finale and most of the racers went into the underground to keep the sport alive. The racers supported a strict code to adhere to F-Zero rules and regulations, despite the lack of any officials from the game. Zoda, who joined in the races during his scouting, was one of the underground racers to break this code.

Zoda modified his F-Zero machine beyond the F-Zero formula to give himself an unfair advantage over the other racers. The result of this made the machine also unsafe so that one day when his machine overturned, two other racers were killed in the accident. The same day, Captain Falcon rounded up 26 of Zoda's men and turned them in for a bounty. Zoda was able to escape, but swore revenge on Captain Falcon and the Arrows. He plans to eliminate them in the Death Race.

In the anime, Zoda's backstory is drastically different. In the year 2051 he was a criminal being chased by detective Rick Wheeler. He caused Rick Wheeler to be in a devastating accident that caused him to be put in stasis for 150 years. Zoda was put into cold sleep until he was later revived by Black Shadow, who gave him a new, more powerful form, thus was made second-in-command of the Dark Million. When Zoda tried to kill Black Shadow and Miss Killer with a Reactor Mite he worked hard on to steal, Black Shadow painfully inserts the device into Zoda's lower abdomen calling it a "privilege". While Zoda was weakened on Earth, Rick Wheeler mistook him for an old man who needed help walking. Rick helped Zoda up and left, the latter of whom started crying and yelling "damn you!" repeatedly. He then grows both fat and large. Black Shadow came down to Earth on his Black Bull machine, opens a vortex out of Mute City and banishes Zoda into it, warning Black Shadow that we will return someday. While doing time in his prison dimension, Zoda metamorphosed into a new form and became Hyper Zoda. After his transformation he started driving a new version of his vehicle, the Hyper Death Anchor. Despite all this power, he was still no match for Black Shadow.

In Super Smash Bros. Ultimate, Zoda appears as a spirit. A Advanced-level Attack-type spirit that makes the user faster, his spirit battle has him possess Snake on Mute City SNES. Here, the enemy starts the fight with a Lip's Stick, and Motion-Sensor Bombs spawn commonly. 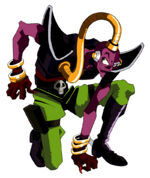 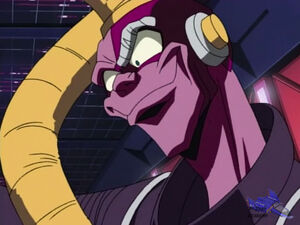 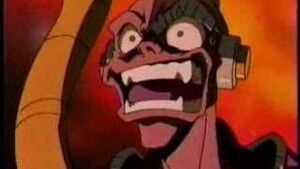 Zoda, scared of the consequences he is about to endure for his first act of treachery. 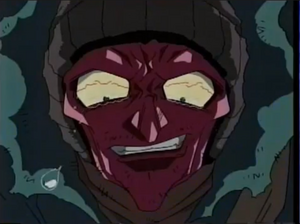 Zoda, crying that he's been reduced to a weak old man. 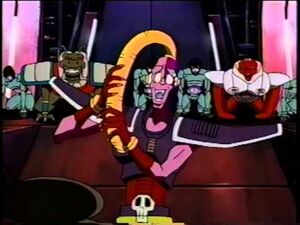 "Just give us your command and we'll carry it out, sir!" 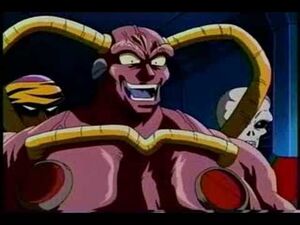 Hyper Zoda, with The Skull and Baba behind him, ready to fight Samurai Goroh. 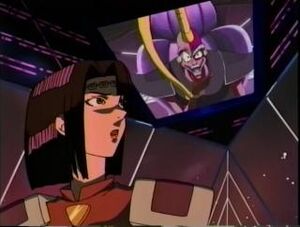 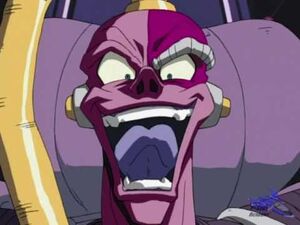