Expand his dark reign to other worlds besides Alefgard.

Kill anyone that dare against him (both failed).
Continue His Legacy (succeeded).

Zoma is the main villain and the final boss of the Famicom video game Dragon Quest III (localized as Dragon Warrior III for the NES) and its Super Famicom, Game Boy Color and iOS/Android remakes.

Zoma has blue skin, just like the Dragonlord's sorcerer form and Hargon, his eyes are black and has four fingers on each hand with long, white claws. He wears an orange robe with a prominent collar, pink shoulder pads and a salmon cape. Around his neck, circling his robe's collar, is a horned skull necklace. Finally, he wears a black helmet with bone-colored horns and an eye design in its center. 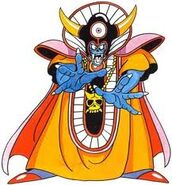 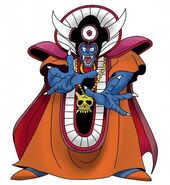 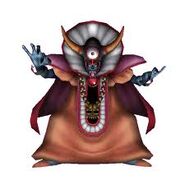 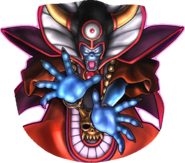 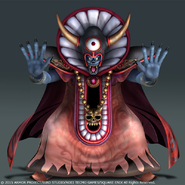 Zoma in Dragon Quest Heroes.
Add a photo to this gallery 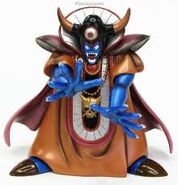 Zoma's trading card
Add a photo to this gallery 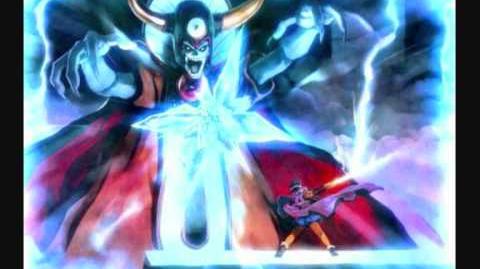 Retrieved from "https://villains.fandom.com/wiki/Zoma?oldid=3757470"
Community content is available under CC-BY-SA unless otherwise noted.