Eat whatever is in their area.

Zombie Dog are canines infected with the bio-engineered viruses through an unintended method, such as infected food or a carrier of the virus. They are not considered to be part of B.O.W.

As with their B.O.W. counterparts, they retain much of their agility, with a noticeable increase in durability and aggression. In most cases, potential prey should listen for the sound of padding paws as a clue to their presence, they will make a stance and growl if it has become aware of the player and is preparing to attack. They will let out a loud yelp the when killed.

As with most victims by C, G and/or T Viruses, the zombie dogs suffer from degenerated flesh. One could also notice that unlike their B.O.W. counterparts, their degeneration is even worse, resulting in exposed muscles, tendons and even bones, as well as a more decomposed face.

Zombie dogs encountered during this outbreak typically roamed in packs of two or three and occasionally four, and adopted random attacking patterns. They frequently ran in cycles around their prey before charging in with a leaping attack, pinning them to the ground in an attempt to rip their throat out.

The Raccoon City Destruction Incident is the only known event in which a breed other than Dobermans were infected, a Labrador. The reason for the frequency in Dobermans being found infected was due to Chief Brian Irons' suggestion for the K9 unit to be the breed used as police dogs for the Raccoon City Police Department (R.P.D.). Some were encountered at random throughout Raccoon City, such as in Raccoon University and in Raccoon General Hospital.

Zombies dogs were also present on Sheena Island before its destruction during November 26, 1998. They share characteristics with those that were encountered in Raccoon City.

Oddly, these zombie dogs sometimes become active only when in close proximity to prey, completely ignoring the sound of gunfire nearby. Whether this is down to the dogs being heavy sleepers or simply a deliberate act of lying in wait for prey to come to them is unknown.

Zombies dogs at the antarctic base look and act as those on Rockfort Island.

During the outbreak of Tall Oaks in Resident Evil 6, zombie dogs were created by infection with the C-Virus. They are shown in the subway station, Tall Oaks Station, and they are very violent. They also have degenerated flesh and their bones are sometimes visible. 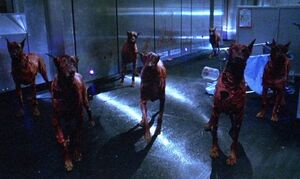 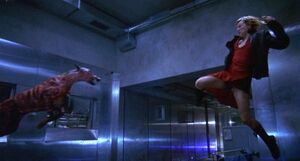 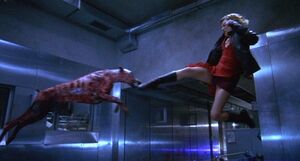 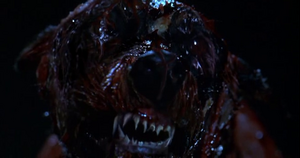 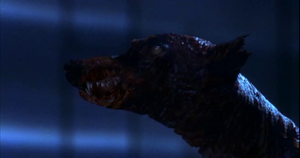 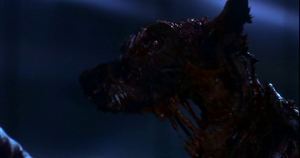 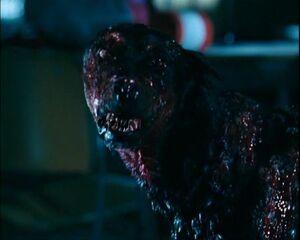 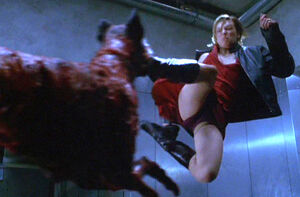 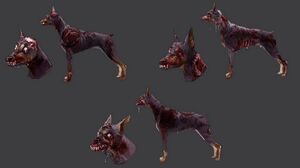 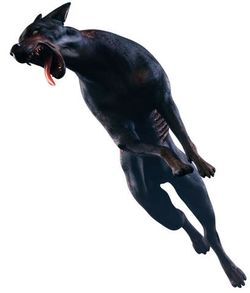 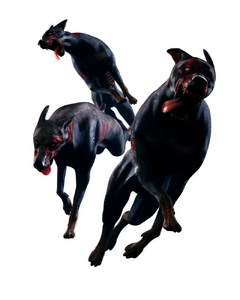 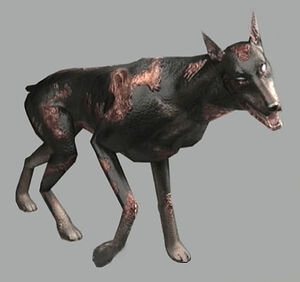 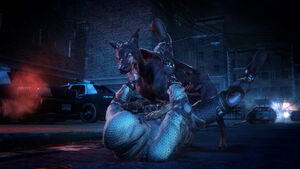 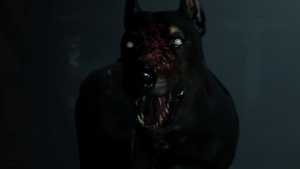 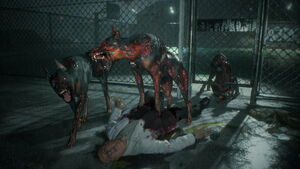 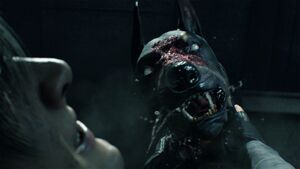 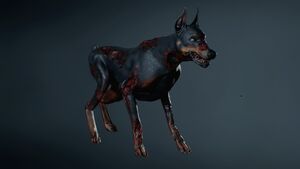 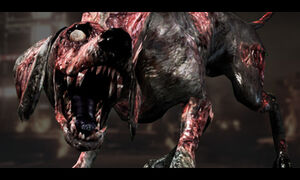 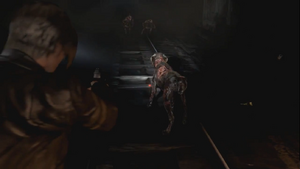 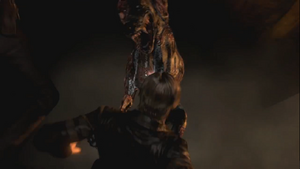 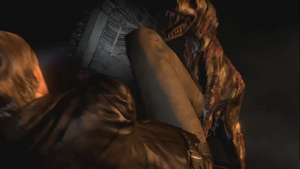 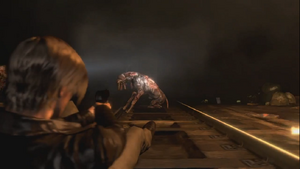 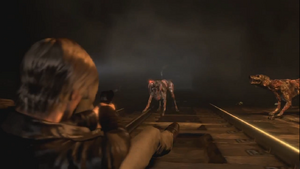 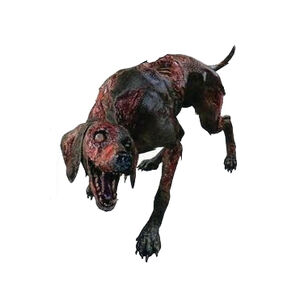 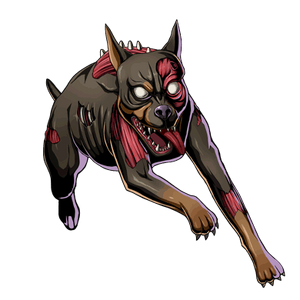 A Zombie Dog in the reboot film trailer.