Zombie Food are minor antagonists from the 2012 racing video game LittleBigPlanet Karting. They are a series of rotten food items that spoiled in a malfunctioning refrigerator, causing them to break out and attack the Progress Emporium.

While in the Progress Emporium, the untrustworthy Don Doubtworthy shows off what he claims is "technology of the future". However, many of these products prove to be faulty and dangerous, including a large refrigeration unit. In the final Progress emporium level "Best Before Date", it is revealed that the food in the faulty refrigerator has gone bad and turned into violent undead, which burst out and begin laying waste to the Emporium by leaving toxic slime everywhere, destroying buildings, and attacking the living. Sackboy flees, and has to escape in a helicopter, but the Zombie Food is blocking his escape route.

Sackboy must race through the ruined streets of the Emporium, dodging rolling Zombie Donuts that swarm the streets. Zombie Watermelons loom over the track, and Zombie Oranges bounce up and down the decrepit Emporium trying to smash Sackboy's kart. Sackboy also encounters Zombie Pizza, which fall on the street and try to block his path. After maneuvering through all of the zombies and the slime, Sackboy gets to the chopper and takes off. The Zombie Food chases the helicopter as the city burns and falls. 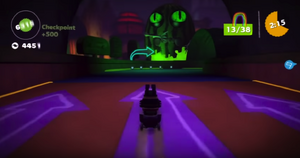 A Zombie Watermelon on the track 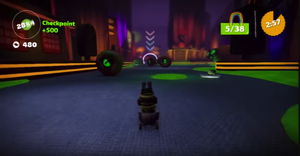 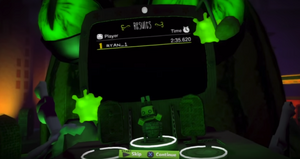 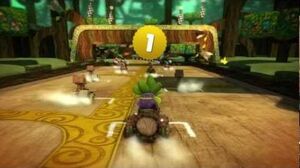 Retrieved from "https://villains.fandom.com/wiki/Zombie_Food?oldid=3892895"
Community content is available under CC-BY-SA unless otherwise noted.