The Zombie Princess is a one-time villain from the FOX Animated Sitcom, The Cleveland Show, only appearing in "The Way The Cookie Crumbles". She is a major antagonist from the fictional fictional "The Cleveland Movie". She's a demonic zombie kid, played by a fictionalized version of Willow Smith.

In the cold opening of "The Way the Cookie Crumbles", a fake advertisement for "The Cleveland Show: The Movie" played. One of the scenes in the movie introduced the actor, Willow Smith, who was in this context, being addressed only as "Jaden Smith's Sister", playing the role of "The Zombie Princess". Cleveland Brown was standing in what looked like a fancy mansion, when Willow Smith's character, came walking down the stairs. At first, she looked like a regular little girl, not being any different than her actual self at all. This was all until she got up close to Cleveland, when she shape shifted into a hideous green zombified creature with red eyes and bat wings. She then stood face to face with him, hissing menacingly in his face. Cleveland pulled out a giant Katana sword on her and exclaimed the action movie one-liner, "It's past your dead time!", causing an action-packed fight between the two of them to commence. This was never seen, as the clip for this part of the movie cut off. At the end of the trailer, there was one final jump scare with The Zombie Princess once again, appearing on screen and screeching at the audience, before the show's regular theme song began.

In her normal form, "The Zombie Princess", likely just referred to as "Willow Smith" represents a general fictionalized archetype of the celebrity in question. She is a young, African-American girl with long, flowing, braided dreadlocks that blew in the wind. At the end of these locks were little beads that were in the colors pink, purple, and red. Willow Smith has white pearl earrings and black eyelash liner. She wore a black leather coat, above a white dress with a matching white skirt. A red belt separated the dress from the skirt. She also wore red and white sneakers in the same colors as her dress and belt and also white socks with fringes at the tops.

In her zombie form, The Zombie Princess changes her skin into hideous shade of dim green. It becomes more wrinkled and ogre-like. She develops giant, red bulging, glowing eyes and her mouth widens to show off her many fangs. There are giant green dragon-like wings. She has a set of three green spikes coming out of her forehead, she has pointed elf-ears, and her fingers extend more, and become more wrinkled, so that she can look more like a hideous freak. Strangely, although most of her skin turns green during this transformation, her legs were shown to be the exact same color as before and no changes her ever included. 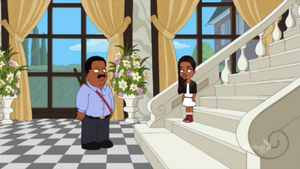 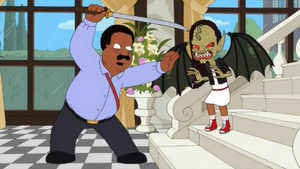 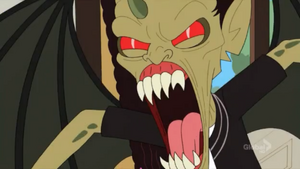