Kill and infect all humans

Zombies where added in October 2012 apart of Scream Fortress as cosmetic items for all of the classes named Voodoo-Cursed Soul. The item would turn the classes into decaying green zombies. The soldier and scout had unique voice lines when the Voodoo-Cursed Soul was equipped. Players could also spawn zombies by entering a console command in-game.

Zombiemod is a gamemode where the red team is the zombies and the blue team are the humans. The blue team must survive the Zombies trying to infect them. The Red Team plays the role as the zombies.

Their goal is to infect all of the humans. Zombies get many perks to make up for their restrictions. An example is that zombies can see the humans through walls. They can run faster than the humans. The Zombies infect humans by hitting them with their melee weapons. Sometimes it requires 2 hits to infect a human but most of the time it takes only one. Zombies can also passively regenerate their health over time.

Zombies in Zombie Fortress and Super Zombie Fortress have different abilities, The zombies can only consist of The Scout, Heavy and Spy. The Scout can throw sandman balls that deal damage through a green gas that can damage multiple humans at once. Heavies have major resistance towards damage, They can also eat the Buffalo Steak Sandvich for a speed boost and extra damage. Spy's can backstab humans to stun them for a few seconds and reduce there health.

Like in Left 4 dead there are special infected that players can spawn in as such as, Smoker Spies they can fire a Laser that deals damage to humans, Charger Heavies like the Charger form left 4 dead they can charge at humans and deal damage. Tank Heavies they have a'lot of health and can deal huge damage they spawn when a last control point is being captured by the humans. 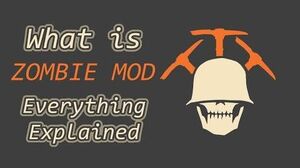 What is Zombie Mod in Team Fortress 2? Everything Explained ep 31-1 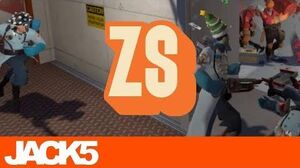