ZONE-tan is the mascot and personification of ZONE-Archive. She was created by ZONE in 2007 and first appeared in a flash loop animation for Halloween showing said character sitting on a tentacle (who was later named Lemmy).

Zone-tan has cerulean eyes (which match the logo on her dress and badge on her hair), purple chin-length matte hair, which is parted on the left, is short or spiked at the very back with one chest length drill-ponytail tied to the right and a small "ahoge" on the top of her head.

She wears a purple off-shoulder sweater, that are elasticized at her wrists and neck, ruffled at the bottom, and is pulled up high enough so it avoids showing her underwear, there is a "ZONE Archive" logo centered on her chest and a decorative 'ZONE Archive' logo badge clipped to the right side of heir hair, she also wears dark, latex hip-high stockings and black, flat-heeled latex Go-Go boots with frontal zippers, her undergarments are only purple cotton panties with a 'ZONE Archive' logo located on the crotch.

Her highest priority is her position as the ZONE-Archive mascot, she truly adores her role and would not trade it for the world, she regards it as her life, her purpose, and her reason to exist.

She is playful and mischievous, exhibiting puck-life characteristics. She loves to be in control and is subsequently an intolerable tease, reveling in the frustration of those whom she toys.

Zone-tan is often closed-hearted, as she rarely shows affection towards anyone other than her pet tentacle monster, Lemmy, though she responds well to flattery and can be subdued with a well placed compliment.

It is unknown how she was born a cambion and how she adopted Lemmy, however, she eventually kept Lemmy and started her own broadcasting news channel called "ZTV News". 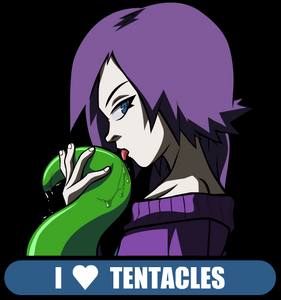 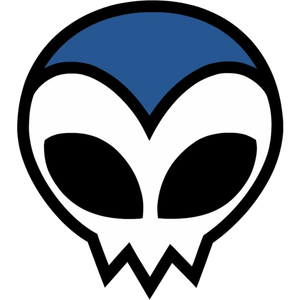 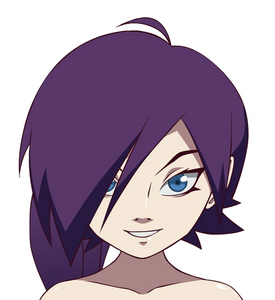 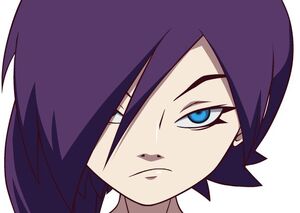 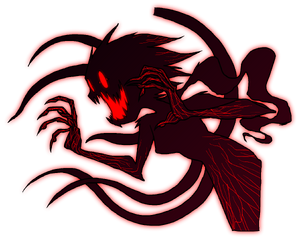 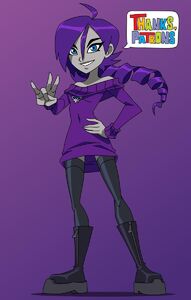 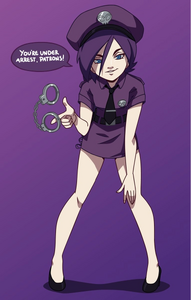 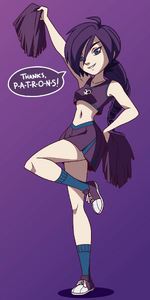 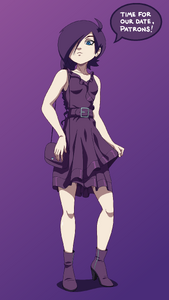 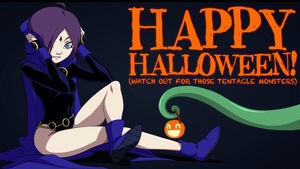 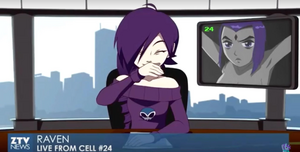 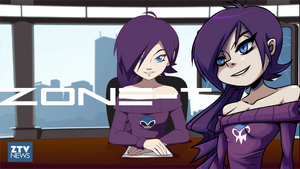