Zor is a member and the spy of the Deadly Six and an antagonist in Sonic: Lost World.

He was voiced by Sam Riegel in English and Yuki Tai in Japanese.

When Zor is sulking about how pointless everything is, Sonic confronts him and demands to know what the Deadly Six did with Tails, whom they captured earlier. As the trap was intended for Sonic, Zor is disappointed and left to give the others the bad news (which is the one thing he enjoys). Sonic tracks Zor down and defeats him. Zor tells Zavok and the others that they didn't catch Sonic, but by now they already know, having found Tails inside the capsule.

Again, Zor is the fifth to be fought at Lava Mountain. Sonic jumps up moving platforms while dodging Zor's attacks, and eventually hits a switch sending Zor falling into the lava, which Zor disturbingly welcomes.

Zor is one of the most diminutive of the Deadly Six, being only slightly taller than Master Zik. This may be in part due to Zor's poor posture, as he always stands with a heavy slouch. Zor's upper body is white, while his body from the waist down is black. He has short, skinny legs with two cyan claws, with a third smaller claw on each heel. Zor has a thin, rat-like tail that's white in coloration. His arms are thin and gangly, while he has five-fingered hands with cyan nails. Unlike most of the other Deadly Six, Zor wears fingerless black gloves on each hand. Zor's head is oblong-shaped, and the majority of it is covered in vibrant purple hair, with one bang covering the right side of his face. Zor has blue eyes with yellow sclera, and black markings around his eyes. He has large purple lips. On the top of his head Zor has a pair of horns that curve backwards, with an alternating black and cyan coloration. Zor seems to always carry a blue rose with him.

Zor is described as being "one with the shadows", both physically and mentally. He is a very moody, mean, pessimistic, and depressing individual that enjoys his own misery, going as far as only liking bad news, and even saying he wants to hurt Sonic for being upbeat, and nothing can impress him. He also has an indifferent attitude towards fighting, as he calls his fight with Sonic "another pointless conflict". He appears to be suicidal, as seconds before he meets his doom, he says he finds comfort in death's cold embrace, and whenever Sonic goes off to confront him, he makes numerous comments about "giving up on hope, happiness, success."

While claiming that nothing makes him happy, Zor admits that giving the bad new to others is the one thing he enjoys. He also tell Sonic that whining was his deal after the latter was upset by them roboticizing Tails but he was upset when Tails tricked him, Zavok and Zeena into believing that he was mind controlled by attacking causing them to retreat and giving Sonic the upper hand to defeat them while Tails stays behind to remove his roboticized armor.

Zor appears to be as inherently malicious and vengeful as the other Deadly Six, given that once they were freed from Eggman's control by Sonic, all of them launched an attack on Sonic, Eggman, and Tails, before deciding to destroy the world as well.

That being said, his overall attitude towards life is the definition of passive nihilism in it's purest form. 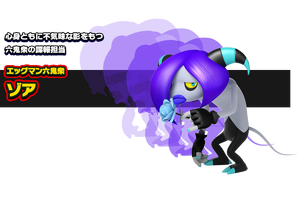 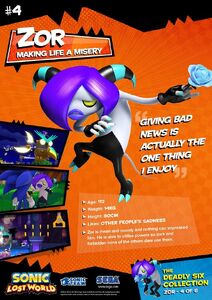 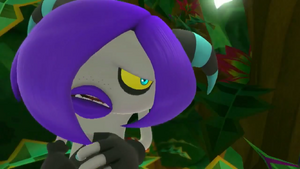 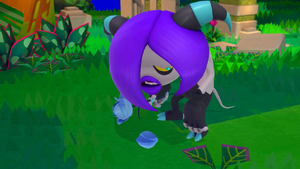 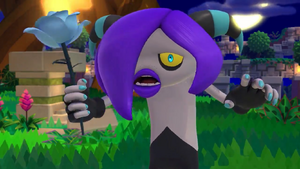 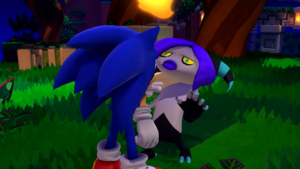 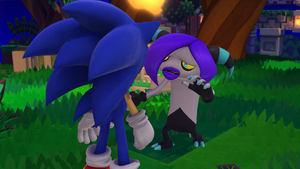 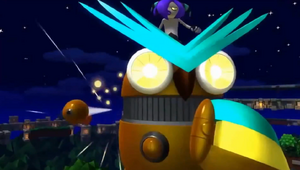 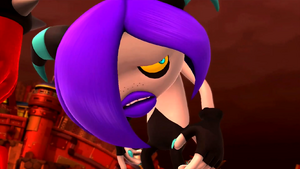