Zorak is one of the main antagonists of the Space Ghost franchise, the others being Brak and Moltar. He is a giant teal praying mantis who appears as Space Ghost's archenemy and most dangerous threat as He has almost defeated Space Ghost on numerous occasions. One of Zorak's main weapons is his matter intensifier. He has also been known for planetary mass murders in the comics. Zorak appeared on the original Space Ghost cartoon six times and became a main cast member of the spinoff The Brak Show.

He was voiced by the late Don Messick and the late C. Martin Croker, who also played Moltar and Dr. Weird.

Zorak is a diabolical galactic warlord who leads the Zorathians in missions of destruction, conquest, and pillaging. In his first appearance, he is already in jail due to Space Ghost's intervention. He kidnaps Space Ghost's teenage sidekicks and holds them hostage, attempting to lure Space Ghost into a trap. When Space Ghost escapes, he attempts to execute them. Space Ghost manages to save the twins and destroy Zorak's base. Though it appears that he and his men have died, Zorak reappears later in the series to further antagonize Space Ghost.

Zorak appears in the final arc of the series as a member of the Council of Doom, where he is one of their most effective and dangerous members, nearly bringing Space Ghost and his friends to their death before he is defeated. In the final battle, the Council of Doom's base is obliterated and the villains are left for dead, but it is likely they escaped and scattered, waiting for a better opportunity to get their revenge.

Zorak is a warlord with a large army of his people, but he is not the leader of his species. Zorak is an intergalactic fugitive and considered an outcast even among his fellow aliens. His army is known as "The Zorathians" but this is not the name of his species.

Zorak is still a villain but is captured by Space Ghost and forced to lead the band on his talk show. Zorak constantly insults Space Ghost and sometimes messes with the guests. Although he is evil he has normal conversations with Space Ghost and Moltar at the commissary every now and again.

Zorak has lost his army since the events of the original series, and is forced to behave more as a treacherous and thuggish brute than an oppressive galactic conqueror. He regularly engages in acts of violence and hedonism, delighting in the pain of others and engaging in selfish and destructive behavior to satisfy himself. Whenever Zorak steps too far out of line, Space Ghost is quick to zap him with his energy rays, causing him great suffering.

One of his more notorious acts was when his nephew Raymond was a guest star. Zorak devoured Raymond whose cries for help were drowned out by Zorak's comments (which of course flew over Space Ghost's head). Raymond later came back as an angel. Of all the original Space Ghost villains who appeared on Coast to Coast, Zorak is the one who changed the least. While Brak became a lovable dullard and Moltar became a laid-back and very professional (if slightly sadistic) technician, Zorak retained his penchant for cruelty and destruction. The only major difference between the two iterations is that modern Zorak is less articulate than his 60s-era counterpart.

Zorak has more free rein and frequently antagonizes. He usually manipulates Brak into aiding in or committing illegal acts (such as convincing Brak to help him steal their killbot neighbor Thundercleese's mail under the pretense that it was a game). He also frequently victimizes Brak's nerdy associate and admirer Clarence through beatings, threats, and even once setting him on fire (and presumably killing him) when he briefly had pyrokinetic abilities due to an unusual transformation. In one episode, he runs a bullying operation where his intended victims pay him for a beating that, as he put it, "they were going to get anyway". Zorak also revels in thievery and steals items as he pleases be they a tank (as in the picture to the left), a jackhammer or Thundercleese's paychecks. He seldom gets away with his crimes though as he is likely to meet a destructive fate, usually getting blasted by Thundercleese. Nevertheless, Brak considers Zorak to be a friend, although he has acknowledged Zorak's evil nature (even once referring Zorak as a "remorseless sinner").

Zorak also acts to protect his villainous image. He once threatened Brak if he had told people that he was Brak's friend. During an episode where he had an incredible singing voice after a lump (that was living and became his manager) was knocked from his throat, Zorak resented being appreciated and adored by fans, preferring that they should fear and loathe him. (His songs were complete threats to the audience, most obviously "I'll Kick Your Ass", but his boy band-esque voice swayed them otherwise). He and Brak plotted to get the lump back into his throat in order to reclaim his old villainous voice.

Given his suburban life and his bullying behavior, it can be assumed this version of Zorak is only a teenager, and the The Brak Show is something of a prequel to the other incarnations of the character.

An off-model version of Zorak appears in an early Space Ghost comic published by Gold Key. Here, as this was very early promotional material for the show, it is likely a miscommunication between the studio and the artist led to this mistake. This version of Zorak looks radically different, with an oval-shaped head, a differently proportioned body and a completely different outfit.

In later comics based on both the original series and Coast-to-Coast, Zorak once again resembles his cartoon counterpart. In Comico's Space Ghost series, Zorak joins forces with the other Doom Council members (with the notable and unexplained exception of Moltar) to try to destroy Space Ghost yet again. Notably, Brak is ironically very insulting to Zorak and acts as his superior, a stark contrast to his later comedic appearances. The Coast-To-Coast iteration of Zorak plays a heavy role in the Space Ghost stories in Cartoon Network's Comic Book anthology series Cartoon Network Presents, Cartoon Network Starring, and Cartoon Cartoons.

In Joe Kelly's 2006 Space Ghost reboot, Zorak's appearance is again changed. Here, Zorak is far less cartoonish and more monster-like, having solid yellow eyes with no pupils, a more roach-like body and a second pair of arms with pincers for hands. In the comic, Zorak is a violent and brutal warlord who leads a massive army of his own clones into battle. This is a nod to how in Coast to Coast, Zorak was blown up countless times but always seemed to reappear unscathed, and also how all of Zorak's minions in the original series looked exactly like him.

Zorak appears again in the Scooby Doo: Team Up! story Space Case alongside Moltar. Space Ghost recruits Mystery Inc. to help him foil an evil plan by Moltar and Zorak so as to build an attack base on the moon and take over the earth. 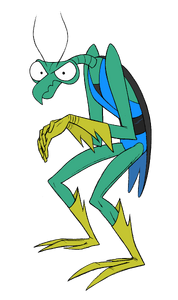 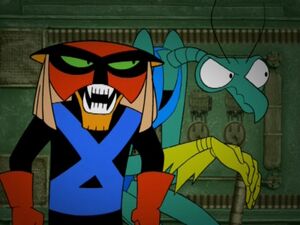 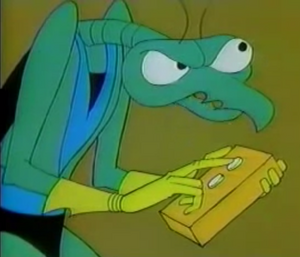 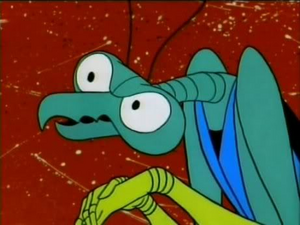 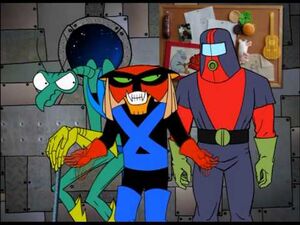 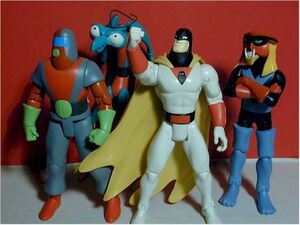 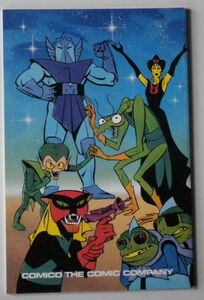