A View to a Kill

To destroy Silicon Valley in order to take control of the microchip industry for profit (failed).

Corporate Mongers
Zorin Industries is the main antagonistic faction of the 1985 James Bond film A View to a Kill. It is a multi-national computer hardware supplier company founded and led by ex-KGB agent Max Zorin until the events of the film.

Zorin founded the company in his desire to be a global leader in the microchip business. As part of his business, Zorin arranged for microchips to be implanted into horses during horse races, as the microchip would inject steroids into the horses' bloodstream and be dissolved before tests could be performed. This action is what allowed Zorin to earn enough money to fund his company. Zorin also intends to buy Sutton Oil by paying Stacey Sutton $5 million, but she refuses to sell her business.

Eventually, the KGB found out about Zorin's activities following his attempted murder of James Bond and find them to be unwelcome, but Zorin rebuffs at this by resigning from the KGB. He then announces his latest plan called Project Mainstrike, which involves triggering a "double earthquake" by setting off about 500 tons of dynamite on the geological lock between the San Andreas Fault and Hayward Fault, which would cause a lot of the water near San Fransisco Bay to flood Silicon Valley, thus killing millions and leaving Zorin Industries as the leading supplier of microchips.

To that end, Zorin had his men to mine underneath the lakes and pump massive water into the lake beds through his vast system of oil wells. Once the floodwaters came in, he would set off the explosives necessary to break the lock. During the final phases of his plan, Zorin and his right-hand man Scarpine betray their men by flooding the mines and shooting them down.

Taking refuge on a flying airship with Scarpine and Glaub, Zorin awaits for the destruction of Silicon Valley, but the plan was foiled by Bond and May Day, who sacrifices her life to push the bomb out of the valley and into open air out of spite against Zorin for betraying her and her friends. Bond would later send Zorin to fall to his death in the San Francisco Bay after a brief fight in the Golden Gate Bridge before killing off Glaub and Scarpine.

It can be implied that Zorin Industries was shut down following the deaths of Zorin and his cohorts. 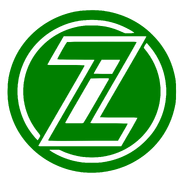