Unknown (but stated as before the humanity's creation)

Conquer Earth and cleanse humanity of it.

The Zoul Empire is the antagonistic force from the Rayxanber videogame series.

A race of bio-mechanical aliens, they got attracted to Earth by the electromagnetic radio waves emitted by humanity since the dawn of history. They are now intent on taking over Earth, exterminating humanity and life throughout the planet in the proccess.

The only hope for Earth was the RT-X series of space fighters, created from a crashed enemy ship. In Rayxanber, the first RT-X is launched in an attempt to repel Zoul Empire, with the chance of 1 to 56 million. In spite of such odd, RT-X succeeded. But the Zoul Empire did not give up and once again attempted their luck on Earth so RT-X II was launched to destroy invading forces of Zoul Empire, starting Rayxanber II with this time 1 to 78 million chance of success for RT-X II. Once more defying the odd RT-X II crushed the invading forces. Finally, the Earth's force deduced that the only way to stop the Zoul Empire definitely was to travel to their home planet and destroy the core of the Zoul planet, which was remotely controlling all of their forces and triggering Rayxanber III, the third and final installment of the trilogy. While a RT-X squadron fight the Zoul's forces attacking Earth, a mothership is sent to the Zoul planet carrying another fleet of RT-X fighters (RT-X III): this time the odd of successfully destroying the Zoul Empire being 0%. After a fierce struggle, Earth's forces succesfully destroy the invading Zoul's forces, while the fight continues in the Zoul planet, where the fleet invade the enemy territory and destroy the planet's core, thus ending the Zoul menace. 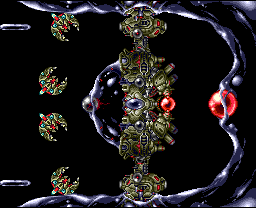 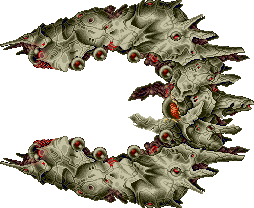 Add a photo to this gallery
Retrieved from "https://villains.fandom.com/wiki/Zoul_Empire?oldid=3892915"
Community content is available under CC-BY-SA unless otherwise noted.