Villains Wiki
Register
Don't have an account?
Sign In
Advertisement
in: Mature, Villains of Folklore, Urban Legends,
and 31 more

The Ouija Board Demon

Driving his victims insane before killing them.

Kill whoever summons him.

Zozo, otherwise known as the Ouija Board Demon, is the demon allegedly summoned through the use of Ouija boards and other forms of spiritual communication, like seances: he is a symbolism of Christianity's fear/objection to the occult.

Zozo is a fallen angel banished from Heaven eons ago by God. He is rumoured to have been the demon who possessed Roland Doe when the boy used a Ouija board. Zozo and the possession were written about in a book called The Exorcist under the name Pazuzu which in turn inspired the modern version of Pazuzu, who comes from Babylonian culture.

Zozo is often said to mimic the voices of the dead who the user of the Ouija board wishes to talk to. He is a cruel, sadistic demon who likes preying on people's insecurities and fears. He often delights in telling them they will die soon, and is often brutally misogynystic. He loves to pretend he is other spirits, oftentimes pretending he is three different spirits at once.

He can play on psychics, for instance, if a psychic is adamant that there are only two ghosts in the building, Zozo will confuse them by claiming there are nine ghosts instead. He will also add confusing scenarios by stating he is a little boy ghost and that he is afraid of a malevolent spirit haunting the place.

Zozo loves watching his victims squirm with confusion and oftentimes he takes pleasure when one gullible human believes his lies. Zozo is very sadistic and loves watching friends fall out over his lies. He is a master deciever which is not surprising as the Devil is claimed to be the Father of All Lies, and Zozo is a powerful Devil in Hell, under Satan. 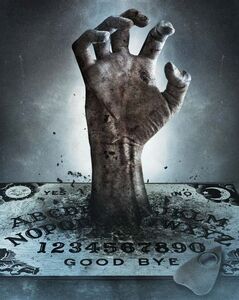 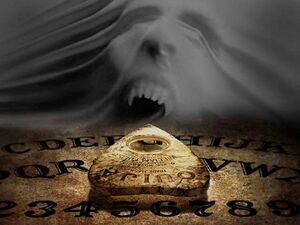 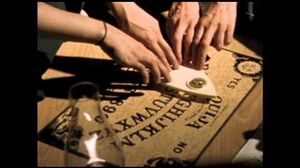