Member of the Zu Group of the Gurongi

Monster
Zu-Gumun-Ba, known as Unidentified Life Form #1 to the police, is the first of the Gurongi to appear and an antagonist in the first two episodes of Kamen Rider Kuuga.

He was voiced by Tetsuo Sakaguchi.

Gumun first appeared in southern Nagano where he wove a web on the 1532 MK Building before attacking the police when they arrive. Gumun continues his rampage into the police station, where he kills the police officers there until Yuusuke becomes Kuuga in "Growing Form" and fights that ends with Gumun being knocked out of a helicopter and into the air.

However, Gumun survived the fall and later assisted Gooma in his fight with Kuuga. Gumun was fatally wounded by Kuuga's incomplete Mighty Kick, shouting that he would kill Kuuga as he exploded. 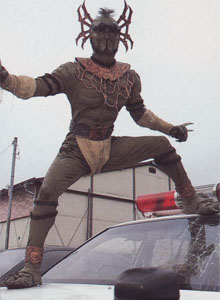 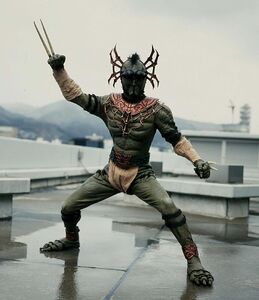 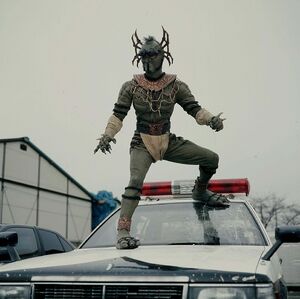 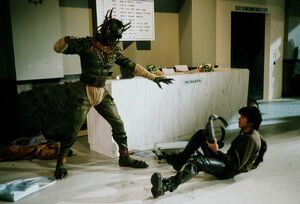 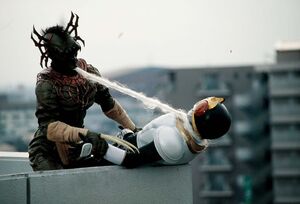 Zu-Gumun-Ba tying up Kuuga with his webbing.