Member of the Zu Group of the Gurongi

Zu-Mebio-Da labeled as Unidentified Life Form #5 by the police is a member of the Gurongi Zu Group and an antagonist in episodes 3 and 4 of Kamen Rider Kuuga.

She was portrayed by Chikako Shiratori, and voiced in her Gurongi form by Kumiko Saijo.

Assuming the form of a woman dressed in black, Mebio emerged in Tokyo where she began her rampage. She soon encountered and fought Kuuga, but the fight was interrupted when a policeman shot at her, with the bullet landing in her eye.

Angered at the loss of her eye, Mebio attacked to the police force for revenge, in a rampage that killed the husband of Hikari Enokida. Mebio was later attacked by Kuuga, who chased her down on the TryChaser and destroyed her with his Mighty Kick.

Zu-Mebio-Da was part of a group of humans who were turned into Gurongi by N-Gamio-Zeda. Some were later absorbed by him in a last effort to power him up to defeat Kuuga and Decade. The remaining Gurongi died once Gamio was defeated.

Zu-Mebio-Da was among many revived monsters who were a part of the Dai-Shocker army in the World of Decade that fought agaisnt the a gathering of 25 Kamen Riders. 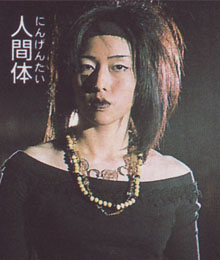 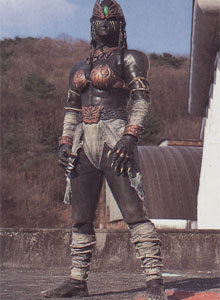 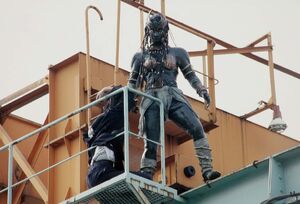 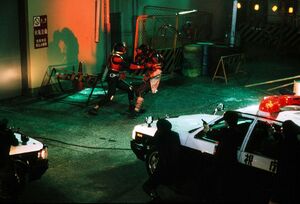 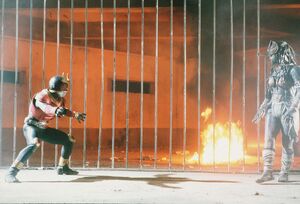 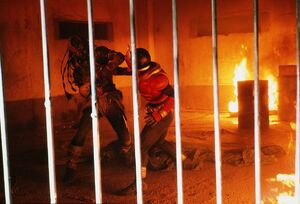