Agent for the Rebel Alliance

Aid the Rebel Alliance in their goals to return the favor for helping him (succeeded).

Zuckuss, also known as the "Uncanny One", is a recurring antagonist in the Star Wars franchise first appearing in, Star Wars: The Empire Strikes Back. He's an insectoid male Gand finesman who's a bounty hunter who was active both before and during the Galactic Civil War. He had a run in with the famous smuggler, Han Solo, and was contacted by Darth Vader along with many other bounty hunters to meet him on his Super Star Destroyer the Executor to see who was capable of capturing him.

An inesctoid male with large and noticeable compound eyes, Zuckuss was born on the planet of Gand, the homeworld of the species of the same name sometime before the rise of the Galactic Empire. He was a findsman, a mystic group of Gands, and used his uncanny tracking abilities to his advantage and worked as a tracker. When the Findsmen traditions were beginning to die out on his homeworld, Zuckuss decided to leave the planet and become a successful off-world bounty hunter instead and was the first of the Findsmen to go down such a path. He would bring with him the needed equipment to have him survive the oxygen-filled atmospheres of the rest of the known galaxy and grouped up with 4-LOM on multiple occasions during various different missions. Despite Zuckuss being uncanny and uneasy, the two of them were a powerful team and flew together on his ship, the Mist Hunter, which Zuckuss filled with gasses to remind him of his homeworld.

During one of their missions, Zuckuss and 4-LOM captured a small-time criminal by the name of Beris Ford. He was kept onboard Zuckuss' ship and was kept for ransom and were to sell him in exchange for tractor beam repairs. 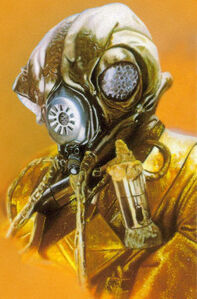 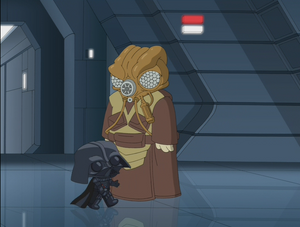 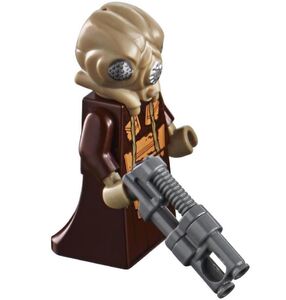