Wreaking havoc and destruction.
Attempting to kill or defeat his enemies.

Gain more and more energy, electricity and power in order to grow and spread so he would be able to evolve into the most powerful energy being in the history of the Earth.

Kill anyone who stands against him.

Power-Hungry Energy-Being
Zzzax is an antagonist in Marvel Comics. It was created in a freak accident when an electromagnetic experiment exploded and absorbed the electronic impulses from the brains of nearby humans, killing them and giving the electricity sentience. Zzzax is made of living electricity, and thus is virtually indestructible. It can fire powerful blasts of energy, incinerating anything it touches. It also possesses superhuman strength, and can fly.

Zzzax was the result of a nuclear explosion caused by terrorists. The reactor created a "psionically charged electromagnetic" field humanoid. It gained intelligence by absorbing energy that brainwaves gave off. It began killing more people, absorbing their intelligence and becoming smarter. He was eventually thwarted by the Hulk and Hawkeye.

Zzzax reformed later as a result of an accident during an experiment that was trying to gather the brain waves of deceased humans. The machine used unfortunately contained remnants of his deceased form. After killing Stan Landers and absorbing his brainwaves, he gained his love for Alexandria Knox as Stan did, abducting her. He was later thwarted by the Hulk.

He resurfaces in California, resurrected by a nuclear power plant. He was recruited by Franklin Hall, but didn't last long, being shot by an arrow with a conductor wire. He was taken into the custody of S.H.I.E.L.D. and incased within a vacuum tub, later being transported to New Mexico. Thunderbolt Ross, who wanted nothing more than to destroy the Hulk, infused himself with Zzzax's energy in an attempt to become a super-human. His mind ended up being absorbed by Zzzax, but Zzzax ended up being able to take back control. While possessed by Ross, he attempted to kill the Hulk and Rick Jones. All the while, Zzzax's original consciousness fought to regain dominance, but to little success. Bruce Banner later revealed to Ross that he inhabited a monster, which was not to his knowledge. This caused him to flee.

When Ross went back into his original body, he took much of Zzzax's energy to it. Ross came to the realization that his foes weren't all that bad when fighting the Nevermind, who was defeated by Ross using Zzzax's energy.

Zzzax has the ability to exist as a being made of pure energy. He is a parasite, feeding off of the energy given off by human brainwaves, murdering his victims in the process of obtaining their energy. He is able to gain the personality traits of the people that he absorbs. He can also manipulate as well as control electrical energy.

Zzzax's strength depends on his mass/the amount of energy that he absorbs. The more energy he absorbs, the stronger he gets, obtaining strength comparable to most other bulky characters in the Marvel universe.

He appeared in the 1996 feature "The Incredible Hulk". He was originally Mitch McCutcheon, but after an accident he mutated into the electrical entity known as Zzzax. He battled the Hulk, but was defeated.

Zzzax shows up in the Ultimate Spider-Man series while Spider-Man was being interviewed. He was being battled by the Hulk, and was only able to be seen when he had absorbed enough energy. Hulk ended up saving Spider-Man from the creature, during his rescue he had presumably killed the beast. He was later revealed to be alive and tried to attempt to absorb all of the city's electricity, but was defeated.

Zzzax makes an appearance in the Avengers Assemble series. He was attempting to take over the United Nations when the Avengers arrived. He was overloaded with energy, and was finally defeated by Odin.

Zzzax makes an appearance in Heroes United: Iron Man & Hulk. In this series, his history is completely changed. He is created when HYDRA combined the Gamma energy of the Hulk and the Abomination. He hacked one of Tony Stark's machines, his ultimate goal to be to wipe out all of the world's power grids. He was defeated after Stark and the Hulk were able to take control of the machine.

Zzzax makes an appearance in the Super Hero Squad universe. Pyro, Trapster, and Zzzax are sent by Doctor Doom to the North Pole to create a device that would spin the Hero City into space.

In this series, he is an enemy of the Hulk who broke out of containment. During his escape, the Hulk had to smash him as he was attacking one of his colleagues. He ends up joining the leader of the breakout and later fought the Avengers alongside of other Gamma mutants, but was defeated.

Zzzax appears in the Avengers Alliance video game. Here, he has six forms: Zzzax, Blaster, Bruiser, Infiltrator, Scrapper, and Tactician. His sprite's color changes depending on the version.

Zzzax appears in the Marvel's Avengers video game. He is a product of George Tarleton, merging into a single being after being confronted by S.H.I.E.L.D. guards. He was defeated when the Hulk threw him into a river. 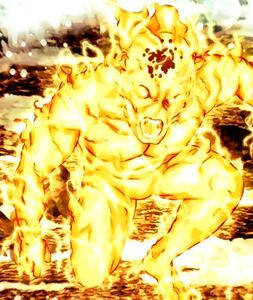 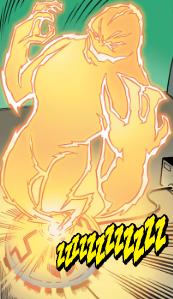 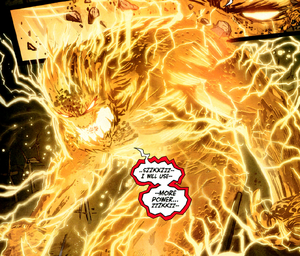 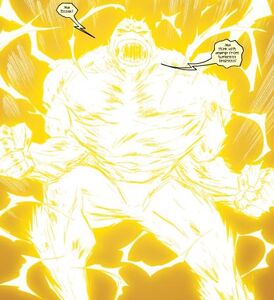 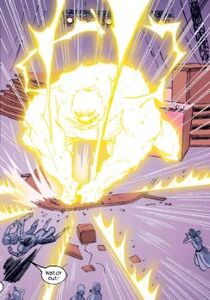 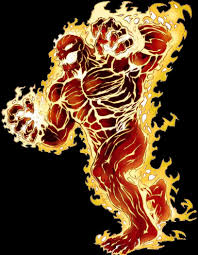 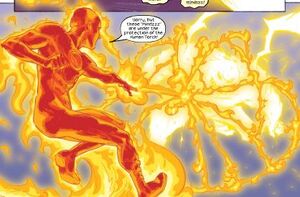 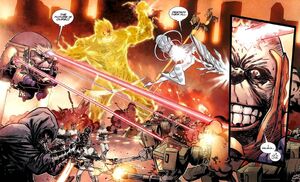 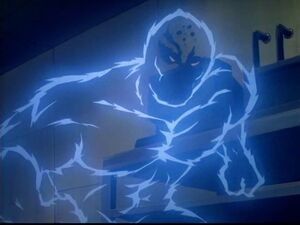 Zzzax in The Incredible Hulk. 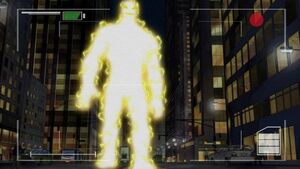 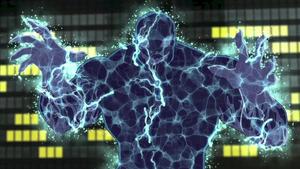 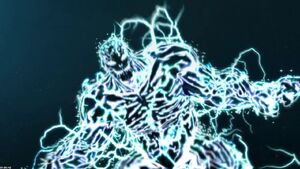 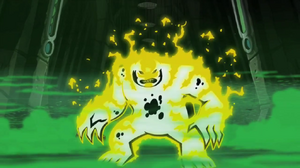 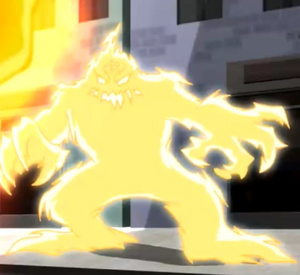 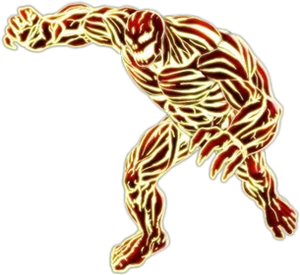 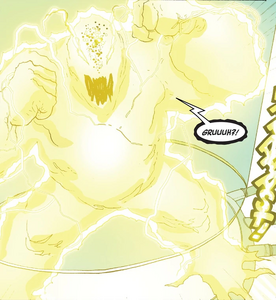